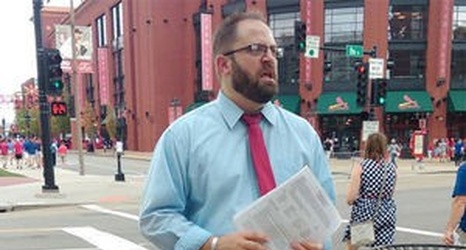 Despite applying for dozens of positions, the only bite the St. Louis area man had was one phone interview that went nowhere.

He had tried to be proactive, taking a course on modern-day job hunting and learning how to make the most of online applications and a profile on LinkedIn, the career networking web site. It wasn't working.

Grooms, 44, has just a few weeks of unemployment left. Last week, he felt the need to do something else, anything that could lead to the fulfilling career he had been seeking during his adult life, but had yet to find.