After five games out of Cardinals lineup, Carpenter starts against Scherzer 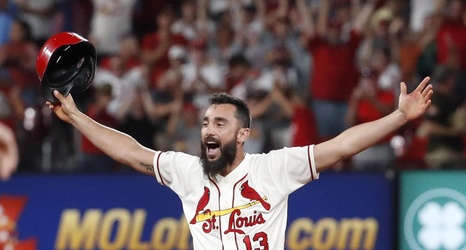 Matt Carpenter will start today against Washington after being out of the lineup for five games. He will play third base and bat fifth as the Cardinals play their final home game before a seven-game road trip.

Carpenter last started the final game at Colorado last week. He is hitting .286 for his career against Nationals starter Max Scherzer.

“He’s fresh, ready to go,” manager Mike Shildt said. “He’s getting his at-bats. I’m sure not as many as he’d like. But he’s getting at-bats off the bench. His last three, four at-bats have been favorable and he looks good and in a good place.