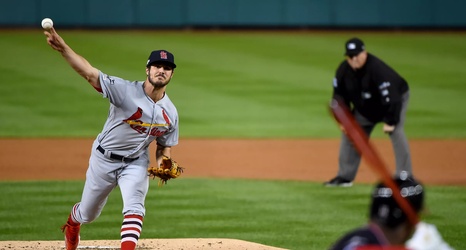 On October 11, 2018 the Cardinals announced that they had agreed to terms with starting pitcher Adam Wainwright on a one-year incentive laden deal. This move, made weeks before free agency opened, signified the Cardinals faith in their in-house starters for the 2019 season. The Cardinals entered the offseason already projecting a rotation of Carlos Martinez, Miles Mikolas, Michael Wacha, and Jack Flaherty, with Luke Weaver battling Adam Wainwright for the final spot. They were so confident in their own arms that they would move Weaver, a once priced prospect coming off a disappointing season, in the deal that brought Paul Goldschmidt.