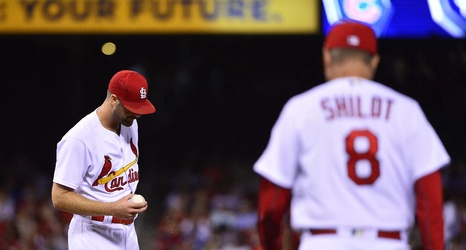 A couple years ago, I brought out VEB’s good ole Mathenaging story tag and wrote about Matheny’s proclivity to allow his starting pitcher to remain in the game more so than his managerial peers. I found that his starting pitch hook in particular actually cost the Cardinals over a win’s worth of runs that season. Indeed: it was the best worst of times, it was the worst of times.

Having now completed the first full season of the Mike Shildt era, I decided to repeat my earlier exercise to see if the Cardinals were faring any differently under the latter.