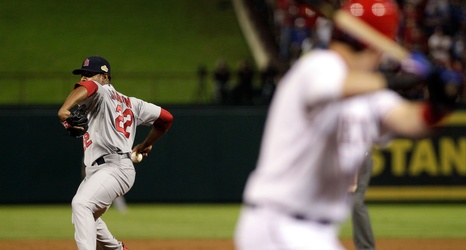 PITTSBURGH - JULY 24: Colby Rasmus #28 of the St Louis Cardinals is congratulated by teammates in the dugout after hitting a solo home run against the Pittsburgh Pirates during the game on July 24, 2011 at PNC Park in Pittsburgh, Pennsylvania. (Photo by Jared Wickerham/Getty Images)

On the tenth anniversary of a huge trade in team history, the St. Louis Cardinals are again looking to tweak the roster for a magical late summer push.

The St. Louis Cardinals have only two games remaining before the 2021 trade deadline. Sitting at 50-50 on the year, the Cards are right on the cusp of the buyer/seller line.