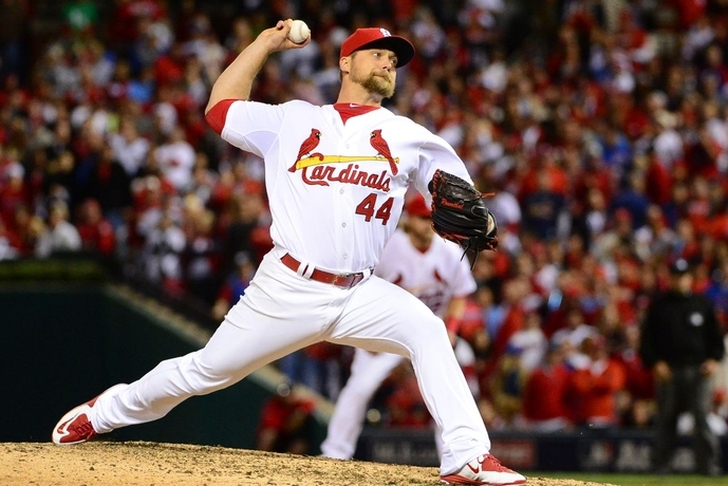 Cardinals Looking For Bullpen Help?
The St. Louis Cardinals are fighting for a Wild Card spot, and are looking for some bullpen help to make sure they make the postseason. Jon Heyman reports the Cardinals' search for another reliever is due in part to the decline and injuries of closer Trevor Rosenthal. He's on the disabled list at the moment, but he had already lost his closer job after blowing four saves and posting a 5.13 ERA. Seung-hwan Oh is handling the 9th inning duties, but the Cardinals are still looking for more help. Heyman says the Angels' Huston Street and Joe Smith and the Royals' Davis are potential fits.

Rosenthal To Start?
The Cardinals, as mentioned above, have placed Rosenthal on the disabled list. According to St. Louis-Post Dispatch, the Cardinals are at least considering the idea of making Rosenthal a starter when he returns.

Matheny said having Rosenthal work as a starter when he's able to return to the mound has been discussed. That would give him additional innings to work on multiple pitches, regardless of whether the Cardinals intend to use him as a reliever or starter upon his return.

Rosenthal has never started a game in the majors, but was a starter in the minor leagues. At just 26 years old, the Cardinals want to find a way to get Rosenthal back to his normal level of play.

Follow our St. Louis Cardinals team page for all the latest Cardinals trade rumors or download the Chat Sports App!