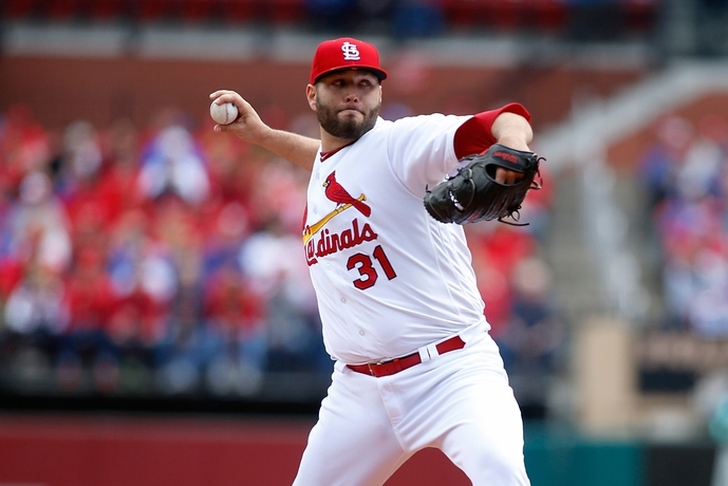 The St. Louis Cardinals are 49-51, second-to-last in the NL Central. While the Cardinals are just four games back of first place, they're emerging as possible sellers at the MLB trade deadline.

"The Cardinals are emerging as an intriguing seller, and scouts from the Dodgers and Nationals were among those to attend Tuesday's game in St. Louis -- with trade candidate Lance Lynn on the mound," MLB.com's Jon Morosi reports. "An Indians scout was in attendance on Tuesday, as well, with right-handed outfield bats the most likely focus. Cleveland pursued Martinez before he was dealt to Arizona, and the Cardinals are expected to listen to offers for Tommy Pham and/or Randal Grichuk in the coming days."

The Cardinals landed OF Tyler O'Neill in a trade last week with the Mariners, meaning they have extra outfielders they can trade. The 29-year-old Pham is in the midst of a breakout year. He's hitting .307 with 14 HRs and 43 RBIs, all career-bests. Grichuk is just 25, but he's struggling. He's hitting just .227 (a career-low) with 13 homers and 37 RBIs.

But Lynn is perhaps the biggest name mentioned. The St. Louis Post-Dispatch reports he's been the subject of trade talks and teams like the Nationals and Dodgers make sense. They're in the market for starting pitching help and Lynn is a rental who has pitched in the postseason before. He's 8-6 this year with a 3.35 ERA and a 1.102 WHIP, numbers slightly above his career averages.

However, trading Lynn (or other key pieces) would be a clear sign the Cardinals are punting on this season. Since they're just four games out, the Cardinals might not be ready to do that.