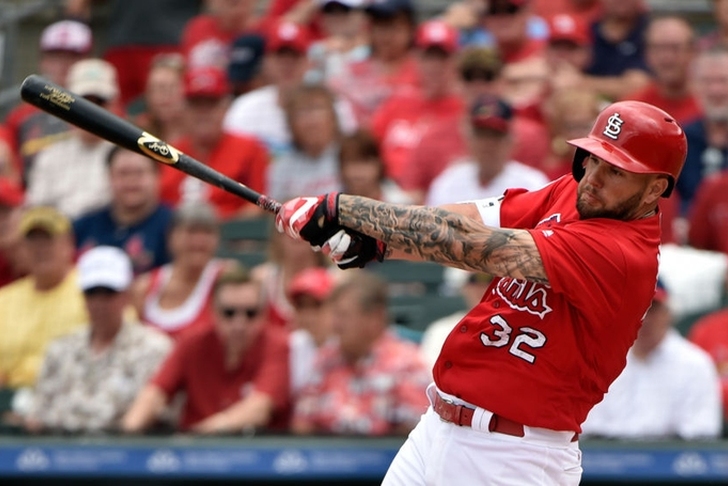 The St. Louis Cardinals and Atlanta Braves agreed to a trade involving first baseman Matt Adams Saturday. The Braves announced they're sending Adams and cash to the Braves in exchange for minor leaguer Juan Yepez.

The #Braves have acquired 1B Matt Adams and cash considerations from the Cardinals in exchange for minor-league INF Juan Yepez. pic.twitter.com/gZTlCfafnS

Adams will provide the Braves with first base help while Freddie Freeman is out with a fractured left wrist. Adams will be a free agent after this year.

Adams wasn't playing much for the Cardinals this year. He had just 48 at-bats, hitting .292 with one home run. He had spent time playing in the outfield this year, but struggled with defense. He has served as the Cardinals starting first baseman in the past.

Yepez can play first and/or third base and will report to low Single-A for St. Louis. He's just 19 years old and signed out of Venezuela. He's posted a .281/.335/.407 slash line in rookie and low-A ball since joining the Braves organization in 2015.

However, there is a report that Adams is unhappy with the trade, because he's going from a potential playoff team to the 17-22 Braves.