Why Yadier Molina Doesn't Deserve to be the 2013 NL MVP 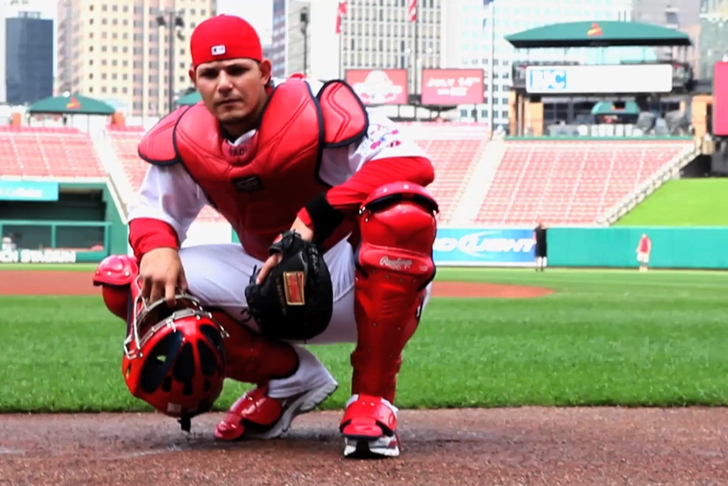 It doesn't take much digging into this past regular season's numbers in the National League to discover that both Andrew McCutchen of the Pittsburgh Pirates and Paul Goldschmidt of the Arizona Diamondbacks are more deserving of this year's NL MVP award than Yadier Molina of the St. Louis Cardinals is.

Both Goldschmidt and McCutchen had on-base percentages over .400, ranking third and fourth in the National League in that category. Molina's OBP was a comparably much worse .359, good for 16th among qualified NL batters. Players that are most valuable get on base often.

Another statistic that should determine how valuable a player is would be the number of runs he drove in during the season. Goldschmidt topped that category for the National League this year with 125. McCutchen's RBI total was 84. Molina drove in 80 runs this year for the Cardinals, fewer than 18 other NL batters.

A further look into that RBI statistic is what percentage of a player's team RBI that player contributed. Goldschmidt drove in 19% of the Diamondbacks' runs. 14% of the Pirates' runs this past regular season came in because of McCutchen's bat. Molina's RBI contribution was just 11% of the Cardinals' total.

Getting away from the batter's box into the field, Goldschmidt's fielding percentage was better than Molina's despite playing 28 more games and 331 more innings than Molina did, giving Goldschmidt more opportunities to make errors. For all the fame of Molina's arm, 26 of 46 attempted steals were successful while Molina was wearing the gear during the regular season.

Once again, the part of the volume of defensive plays a player made for his team is important. Goldschmidt's glove was responsible for 33% of the defensive outs the Diamondbacks made as a team. McCutchen accounted for 7% of the putouts the Pirates made. Molina's putouts were barely over 1% of the Cardinals' regular season total.

There are many ways to interpret what most valuable player means, but a common way is for the title to mean the one player who more than any other player in the league improved the play of his team. The one player who without his team would not have been anywhere near as successful as it was. Both Goldschmidt and McCutchen contributed more to their teams offensively and defensively than Molina did, and thus are more deserving of the title of 2013 NL MVP.