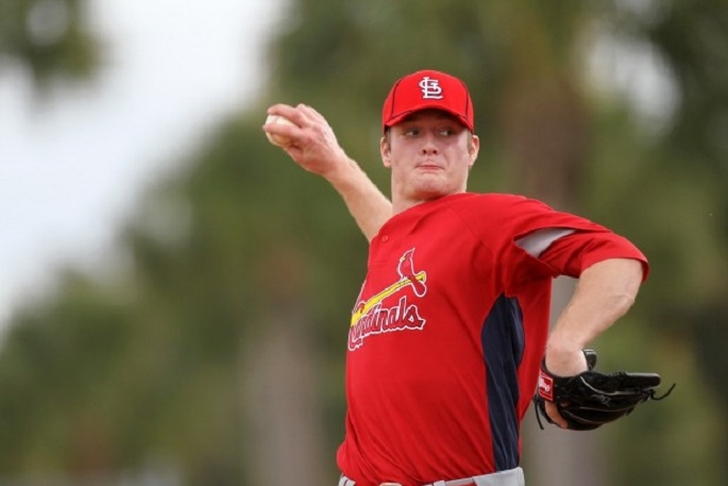 The St. Louis Cardinals' rookie pitcher Shelby Miller is one of the three finalists for the 2013 National League Rookie of the Year award. Despite his successful outings throughout the season that have warranted his name being on this short list, Miller does not deserve to win the award.

If Miller had put up these same numbers a year ago, he may have been able to take home the hardware. A big part of the reason why Miller won't be winning this award is the timing. He has the bad luck of having his rookie season in the same year as the Miami Marlins' Jose Fernandez.

In virtually the same number of innings pitched as Miller, Fernandez's numbers were significantly better all around. Fernandez's ERA was 0.87 lower as he allowed 41 fewer hits, half as many home runs and struck out 18 more batters. While Miller has more wins than Fernandez, Miller played on a team that was far better offensively. Fernandez also suffered fewer losses than Miller.

Fernandez was also better at the plate than Miller. In 50 at-bats, Fernandez hit .220, drove in five runs and struck out 20 times. In 53 major league at-bats this past season, Miller hit .075 with two RBIs and struck out 29 times.

There's also an element of Fernandez's season that won't show up on many stat sheets, which Miller did not demonstrate. Fernandez put up these numbers, worthy of being a Cy Young finalist, on a last-place team. Miller received the aide of being on a roster that finished with the best record in the National League.

Finally, Fernandez's fielding percentage was 0.974, besting Miller's 0.958. It can't be denied that Miller had a great season for a rookie. Compared to the year that Fernandez put together, however, Miller's numbers don't measure up.