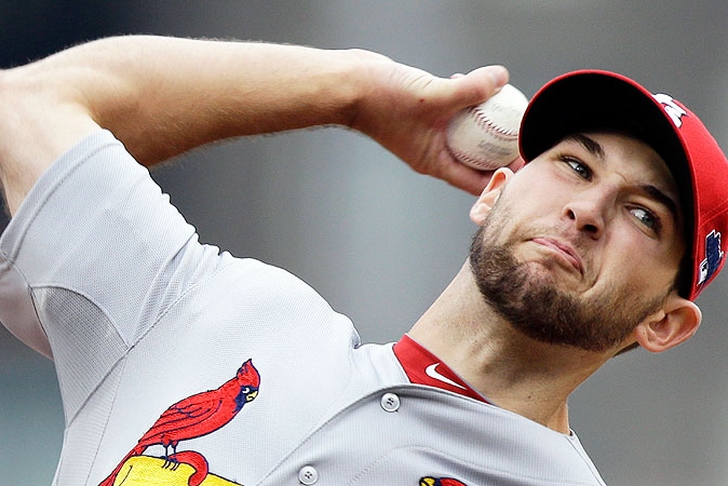 The Nationals have ridden one of the hottest pitching staffs in the Majors all June long, currently sitting with the third-best record in the National League.

The Cardinals are coming off a puzzling 6-3 loss to the AL-worst Tampa Bay Rays, and are looking to put an up-and-down first two months or so in the rear-view mirror starting with a good showing this weekend.

From June 7th-10th, the St. Louis Cardinals pitched three straight shutouts for the first time since April of 2013.

June has been extremely kind to the Washington Nationals' pitching staff.

Washington's arsenal of arms is posting a ridiculous 1.47 ERA in 91.2 innings pitched this month - a full 75 points better than the Seattle Mariners in second.

It's no surprise, then, that the Nationals have won eight of ten in June, climbing from playing .500 baseball in the middle of the pack to the top of the NL East.

The St. Louis Cardinals sit dead-last in the NL with just 34 home runs in their first 66 games - a fact which hasn't gone lost on Cards skipper Mike Matheny.

"These guys are fighting through a tough spell," said Matheny, via the team's official site. "We as a club, even though we're putting up a couple of wins here and there, it's still not the kind of season we anticipated for ourselves. It's difficult when you have a level of expectation of what you want to do and you don't quite meet it."

All is not lost, however, in St. Louis. The Cardinals remain withing striking distance (5.5 GB) of the NL Central-leading Milwaukee Brewers, along with being on the cusp of one of the league's two wild card spots.

A good weekend against the visiting Nationals could have Matheny singing a different tune on Monday.

The last time these two teams met (April 17th-20th in D.C.), the headlines coming out of the four-game tilt centered on Nationals manager Matt Williams' benching of star outfielder Bryce Harper for a perceived lack of hustle.

Now the Nationals are without Harper for an entirely different set of reasons, with the young phenom sidelined until July or later with a thumb injury.

That hasn't derailed Washington in the least, however, as the surging Nationals have won eight of ten to ascend to the top of the NL East standings.

The Cardinals will look to stem that momentum at Busch Stadium, hoping that some home cooking will be the cure for what has been an inconsistent 2014 season in the Gateway City.

What They're Saying About the Nationals:

What They're Saying About the Cardinals: