Three Options for the St. Louis Cardinals at Shortstop 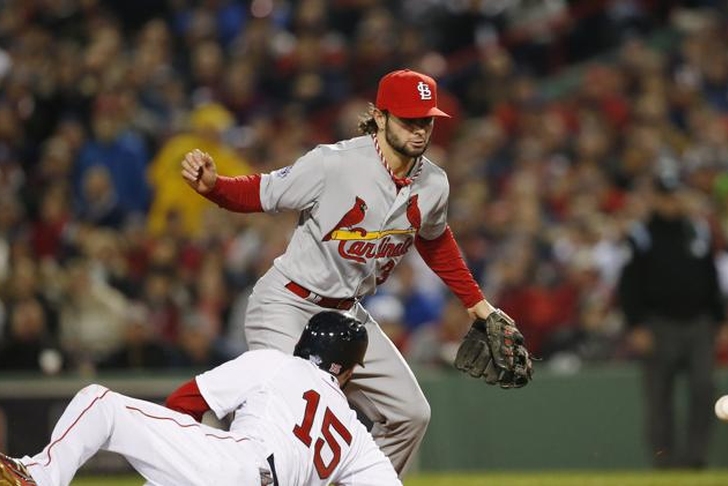 With baseball's general managers and owners' meetings underway, baseball is now officially in the offseason.

The Cardinals probably have the best situation in Major League Baseball when it comes to free agency and player trades, as they sport a deep farm system that proved itself this year with many key injuries to starting pitching.

If there's one position the Cardinals must upgrade for the 2014 season, it would have to be shortstop.

Here's the three best options the Cardinals have this offseason:

Stephen Drew declined his qualifying offer from the Red Sox, making him officially "on the market."

Drew fields his position well, only committing 8 errors in 124 games this season.

He would also be a tremendous upgrade at the plate, as he doubled the COMBINED total of homers that Daniel Descalso and Pete Kozma contributed in the 2013 campaign.

It was rumored that the Orioles attempted to make a deal with the Cardinals by offering a one-for-one swap of Hardy for Rookie of the Year Finalist Shelby Miller.

The Cardinals reportedly declined this offer, as Shelby Miller has a very bright future for the organization and Hardy is only signed through 2014.

Hardy has won two consecutive Gold Gloves, and he hit 25 bombs this season on top of a .263 average. If the Cardinals could find a pitcher to deal, this would be a great addition to the St. Louis batting order.

The Cardinals could potentially be the ultimate winners of this offseason if they find a way to acquire Troy Tulowitzki.

Tulowitzki is currently the best hitting shortstop in the game, and he fields his position at an elite level. The Cardinals would make an explosive addition to a lineup that's more-than-probably going to lose it's best power hitter in Carlos Beltran.

The Cardinals could offer Matt Adams to provide the Rockies a solid, everyday guy at first base and perhaps an extra outfielder. One of the keys to this deal is figuring out how St. Louis wants to arrange it's outfield for the 2014 season. If the Cardinals find a solution and manage to land Tulowitzki, they'll make the biggest impact deal of the offseason.