The St. Louis Cardinals are Set Up for an Early Exit 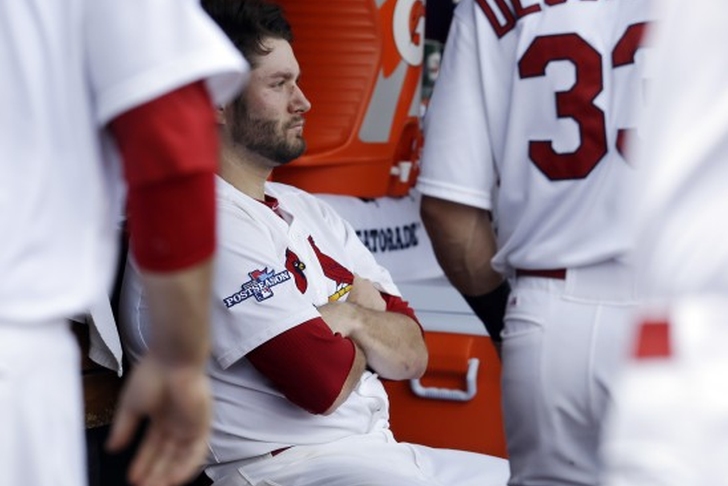 Two games into the St. Louis Cardinals' best-of-five NLDS with the Pittsburgh Pirates, the Cardinals are in more trouble than most of their fans will care to admit.

After taking game one by a score of 9-1, the Cardinals blew a chance to put themselves on the brink of advancing by losing to the Pirates 7-1 in game two. What should be most concerning for St. Louis is recent history and the current momentum.

St. Louis heads into Pittsburgh for the next two games to face a pitcher that has dominated them this year and a team that has been difficult to beat at home. The Pirates are one of only three National League teams to win 50 games at home (the Braves and Cardinals were the other two) during the regular season and Tuesday night's wild card game against the Reds was another indicator of the energy the Pittsburgh crowd gives this team.

If you combine that with the Cardinals' mediocre road record from the regular season, just five games above .500, the task of winning a game in Pittsburgh becomes daunting for St. Louis. The Pirates have yet another trap laid for the Cardinals, named Francisco Liriano.

In three starts against St. Louis this season, Liriano is 3-0 and has allowed just two earned runs on a mere ten hits. Through 24 innings of work facing the Cardinals, he has walked only five batters and his strikes thrown percentage is higher against St. Louis than any other team he's faced this year.

If you add that to the fact that Pittsburgh has five batters (Marlon Byrd, Starling Marte, Andrew McCutchen, Russell Martin and Jose Tabata) whom are all hitting at least .333 against tomorrow's Cardinal starter Joe Kelly, a Pirates win tomorrow is a very likely thing.

The likely scenario playing out would put the Pirates one win from advancing on Monday afternoon at home. Michael Wacha is slated to get the start for the Cardinals against the Pirates' Charlie Morton.

While St. Louis' offensive numbers against Morton are a vast improvement over those against Liriano, the Pirates would have a swell of momentum behind them and a feverish crowd ready to do its part to give Pittsburgh its first postseason series victory in 21 years at home. The Pirates were 32-15 in home games after a win in the regular season.

During the last two postseasons, St. Louis proved it was the toughest team to eliminate, and many players from those teams are on the current Cardinals' roster. They will have to be tough again to avoid being one and done in the 2013 postseason.