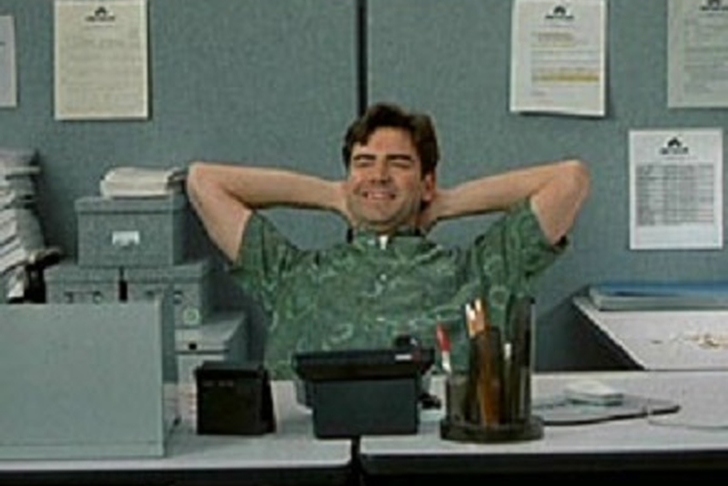 Peter Gibbons is the main character of the movie, "Office Space," played by Ron Livingston. In the film, Gibbons becomes hypnotized to not care about his job and despite his poor performance, receives high praise from his superiors and gets promoted into middle management.

The St. Louis Cardinals are like Gibbons in the way that despite facing superior teams, it seems the Cardinals' opposition are the ones that have been hypnotized. First it was the Pittsburgh Pirates in the last two games of the NLDS, now it's been the Los Angeles Dodgers in the first two games of the NLCS.

If you've watched these games, you've felt like Bill Lumbergh in the interview with The Bobs listening to their review of Gibbons. It became apparent to your eye that this St. Louis team isn't a World Series caliber squad. Their offense has been Carlos Beltran and a cloud of dust and the defense has been subpar. It's taken Beltran having one of the greatest postseason runs in the history of the game to keep this team afloat.

Pittsburgh and Los Angeles fans must feel like Michael Bolton and Samir Nagheenanajar in the movie. These two co-workers of Gibbons watched a guy whose work performance stinks like rotten eggs laid out in the sun advance while their competent hard work is rewarded with being fired.

While Beltran is the only Cardinal producing, the opposing batting lineups chase bad pitches like middle-aged Twilight moms search for anything with Taylor Lautner's shirtless image on it. Like Gibbons, the Cardinals are terrible at their job but it looks like they are more than capable because they are being surpassed in being horrid by the opposition.

The saddest part of this story is that time is running out for the Dodgers to shake off whatever mystical force has handcuffed them. St. Louis is up 2-0 in a best of seven series and the Dodgers must now win four out of five to keep this trainwreck of a team from St. Louis from continuing their season.

For the love of October baseball and a decent World Series, someone needs to snap their fingers and release Los Angeles from the trance.