The St. Louis Cardinals are Outclassed 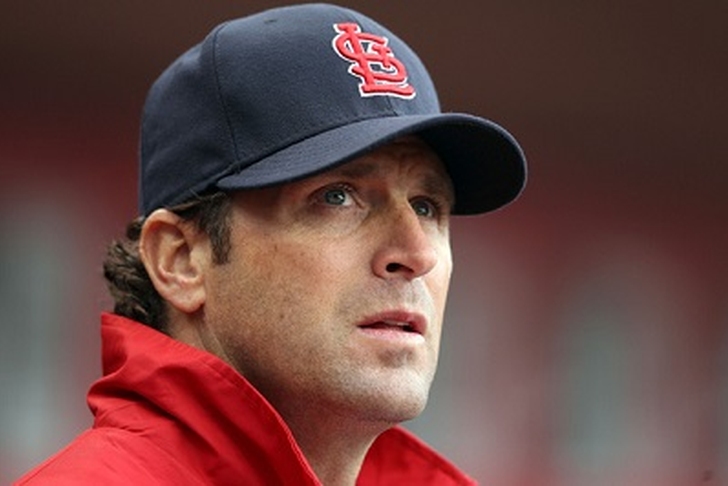 Tonight's Game 1 of the World Series brought forth a ton of storylines that the hundreds of sports media moguls covering the series could wax eloquent about, but none were as compelling as manager Mike Matheny's post-game comments.

There was the Carlos Beltran injury, Jon Lester's strong start, the Red Sox's clutch offense, St. Louis' fielding errors and more. Taking them separately is not being able to see the forest through the trees, however.

All these storylines combine to make clear the fact that this was a meeting between teams on two different levels. Matheny called this game a "wake-up call" for the team, and that might be a better summation of where St. Louis is at than any journalist could pose.

While the Cardinals were out in the field making one error after another, the Red Sox looked crisp on defense. The errors were just as much mental as physical, a sign of poor communication and preparation.

As St. Louis swung wildly at Lester's pitches, Boston's batters patiently waited for a pitch to hit. Wainwright rewarded the Red Sox's patience with breaking balls out of the strike zone and fastballs that were as hittable as beer league softball game lobs.

While the Beltran injury certainly isn't good for St. Louis' chances to win this series, it might not matter that much.

If the rest of the lineup can't hit better than .212 against Boston's pitching, continues to make errors and the St. Louis starters give up five runs in the first two innings, even a healthy Beltran wouldn't be able to overcome that.

Referring back to Matheny's comment, only those who are asleep need a wake-up call. St. Louis has been riding high on a wave fueled by their belief in their own greatness. The tide came back in on them tonight and they were left stranded on the beach and faced with the haunting reality of their true frailty.