The Cardinals are About to Run Into a Buzz Saw 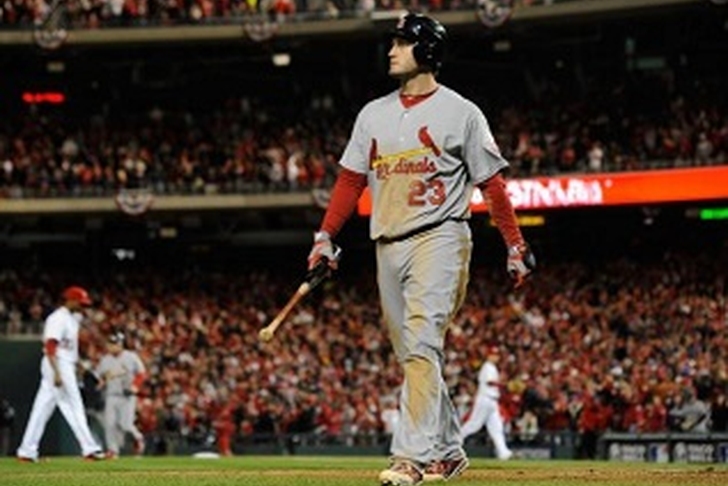 For the third consecutive season the St. Louis Cardinals have advanced to the NLCS because of the failure of their NLDS opponent to close out the series. For the second consecutive year, St. Louis will find itself outmatched in the NLCS by a superior team.

The St. Louis offense will find that the batting lineup coming into Busch Stadium is no disappearing act like Pittsburgh's was. Hanley Ramirez and the rest of the Dodgers have been mashing the ball, and against better pitching than St. Louis has.

The Atlanta Braves came into the playoffs with the lowest team ERA in all of baseball and allowed the fifth-fewest hits. The Braves also had the sixth-lowest average against and second-lowest WHIP in the majors.

All the Dodgers did against that stellar rotation and great bullpen in four games, two of them on the road, was get 26 runs on 46 hits. Their team .333 average in the NLDS included eighteen extra-base hits and seven home runs.

If anyone has delusions of Adam Wainwright limiting Los Angeles to one run in a complete game, they should consider the postseason Ramirez is having. In 16 at-bats against the best pitching in the majors, Ramirez is hitting .500 with six extra-base hits and has driven in six runs. Not far behind Ramirez in the postseason leaderboard is Yasiel Puig who hit .471 in the NLDS with the Braves. Four other Dodgers are hitting at least .300 so far this October.

These games won't be affairs where the two teams combine for 17 runs. Matt Holliday is the only Cardinal batter hitting .300 this postseason, and the Cardinals' team average is the lowest of the remaining five teams going into tonight's ALDS finale. The Dodgers have a guy named Clayton Kershaw you might have heard of, who in two starts against the Braves went 13 innings, allowed one run and has a .130 batting average against.

Behind Kershaw is Zack Greinke who is only giving up hits at a .182 pace and Ricky Nolasco who has yet to make a postseason start and is tremendously well rested. The Los Angeles bullpen has four relievers that have yet to allow a run and have struck out 17 in 10 2/3 innings.

The Los Angeles Dodgers are the superior team in this series and it's not even close, defensively, on offense and pitching both rotation and bullpen. Equipment managers in St. Louis should go ahead and start their offseason prep, because it won't be long before Los Angeles advances to the World Series.