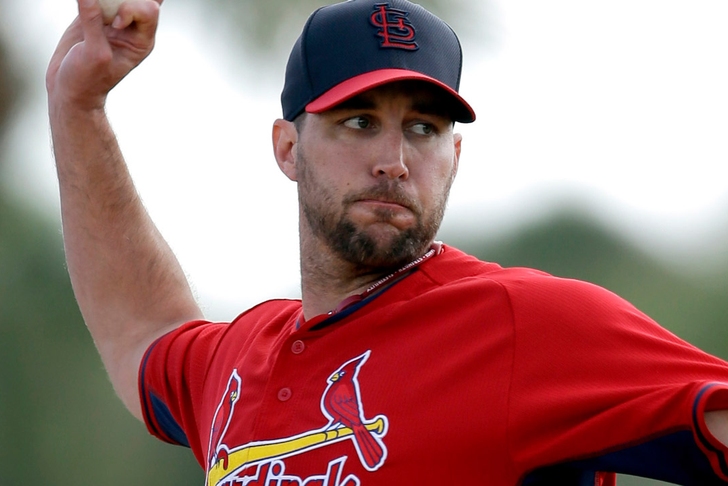 The St. Louis Cardinals have officially lost starting pitcher Adam Wainwright for the season due to a torn Achilles in his left foot, per an announcement on Monday.

Wainwright tore his Achilles in an attempt to run out a pop-up during Saturday's game.

The Cardinals ace showed no ill effects from offseason elbow surgery in his four starts this season, posting a stellar 1.44 ERA in 25 innings before suffering the Achilles injury. St. Louis officials feared the worst after he was helped off the field on Saturday, and those fears were confirmed on Monday.

Here's Chris Cwik of Yahoo! Sports with his analysis of where the Cardinals may go from here:

Replacing Wainwright's production will be impossible. Few players have been as durable or consistent as him over such a long period of time. Yes, his 2011 was wiped out due to Tommy John surgery, but we're talking about a pitcher who has thrown over 225 innings in four of his last five healthy seasons. You don't find those types of players in Triple-A.

The Cardinals could explore a trade, but there's no need to overreact at the moment. (Michael) Wacha and (Carlos) Martinez were big question marks coming into the year, but both look great thus far. If they can continue to perform well, the team will still have an above-average rotation.