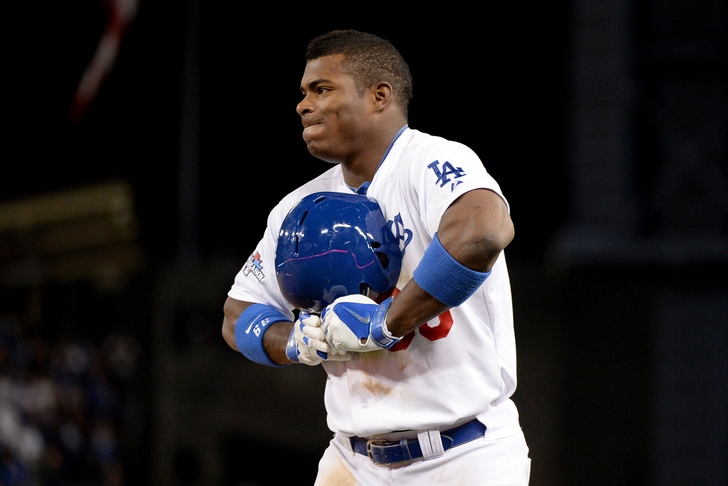 Los Angeles Dodgers outfielder Yasiel Puig created quite a stir on Friday by saying that the St. Louis Cardinals have overtaken the San Francisco Giants as the Dodgers' "principal rivals":

Interesting quote by Yasiel Puig - "The principal rivals are the Cardinals. It's not San Francisco"

Puig wasn't done making headlines, answering concerns about his weight with a fat joke at the expense of his teammate, Juan Uribe:

The Dodgers have been eliminated by the Cardinals two years in a row in the playoffs. Combine that with what has undoubtedly become one of the more tense non-geographical rivalries in the regular season, and Puig may have a point - at least from LA's perspective.