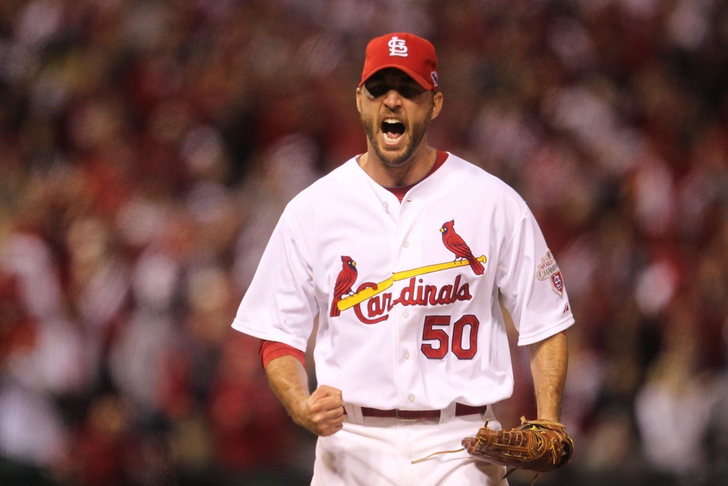 St. Louis Cardinals ace Adam Wainwright is on track to be in the team's starting rotation at the start of the 2015 MLB season, despite offseason elbow surgery.

According to the St. Louis Post-Dispatch's Joe Strauss, the "cleanup" procedure on his troublesome elbow may prove the difference between a return to form in 2015 and something much more distressing for the Cards' workhorse:

Counting the postseason, the number of hitters Adam Wainwright has faced the past two seasons is staggering. He confronted a significant portion of them while pitching through significant elbow discomfort during the final two months of 2014. The result was some uncharacteristic inconsistency — albeit another podium finish in NL Cy Young Award balloting — and cleanup of the joint shortly after the NLCS. The club called attention on the elbow "overblown" during the playoffs; however, if Wainwright had abstained from a second opinion that resulted in surgery, the effects on the approaching season could have been dramatic.

Including October, Wainwright has worked an eye-popping 519.2 innings over the past two seasons. He's also logged at least 227 innings of work in every season since 2009.