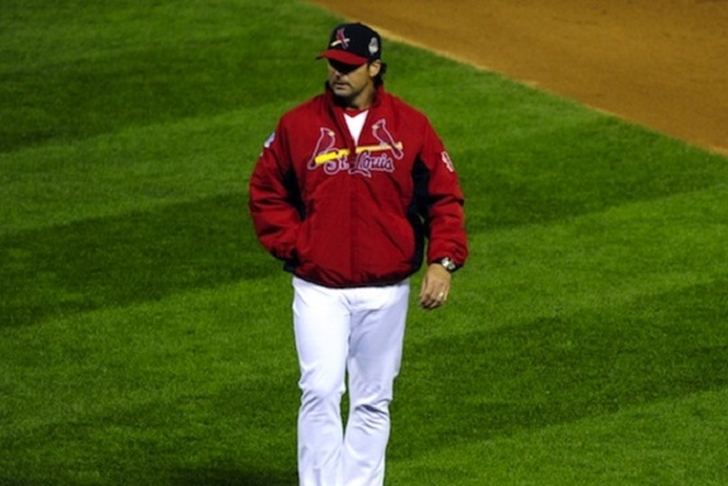 While the St. Louis Cardinals' season ended last night, and the disappointment of being two wins away from a 12th World Series title may sting for some time, there's work to be done in pursuit of that goal for 2014.

St. Louis' most glaring need is at shortstop. The Cardinals got one hit from a player at that position through 17 postseason games this year. The regular starter, Pete Kozma, hit a mediocre .217 during the season with only 35 RBI in 143 games. The other 19 games at short were started by Daniel Descalso, who in those spots didn't fare much better than Kozma.

St. Louis doesn't have a player that could play shortstop in its top 20 minor league prospects right now, so if the Cardinals are to upgrade this position it will have to come from outside of the organization. The free agent class is headlined by Stephen Drew. Drew's price tag may be a bit more than St. Louis can spend, especially with the prospect of trying to re-sign right fielder Carlos Beltran looming.

The Cardinals do have a number of outfield and pitching prospects that they could package together and send to another team for a shortstop. Ideal trade partners include the Baltimore Orioles and Colorado Rockies. Troy Tulowitzski would be the preferred candidate to JJ Hardy, as Hardy's contract runs out at the end of next season. Bringing in either player would provide an upgrade long enough for St. Louis to draft and prepare a future replacement.

Speaking of packaging prospects, an interesting return option for just that is Detroit Tigers' starting pitcher Max Scherzer. Scherzer is a St. Louis native and early negotiations between the Tigers and his camp on a long-term extension have not been promising. The Tigers may decided to get what they can for him while they can, especially under new management.

The fact that Scherzer will be a free agent after next season and St. Louis not having an immediate need for starting pitching are both reasons that should prevent the Cardinals from making that move, however. Scherzer to St. Louis will most likely and should remain the dream of some fans that don't understand baseball teams have limited resources.

Another interesting move for the Cardinals this offseason, as mentioned previously, is trying to re-sign Carlos Beltran. St. Louis does have several outfield prospects, the best of which is Stephen Piscotty. This year in the minors Piscotty hit .295 with an OBP of .355. While Piscotty doesn't have the power Beltran does, he would be an enormous cost-saver for the Cardinals at some point.

Until Piscotty is ready, however, Beltran is the best option for St. Louis in right field. An ideal situation for St. Louis would be for them to be able to sign Beltran to a shorter contract, two seasons ideally, giving them just enough time for Piscotty to finish developing. If the Cardinals have to offer more money for two years in order to get Beltran to agree to a shorter deal, they should do it.

If the Cardinals can address their need at shortstop and work out a mutually beneficial deal with Beltran, then they will have accomplished most of what they need to do this off-season.