Potential Obstacles for the St. Louis Cardinals in 2014 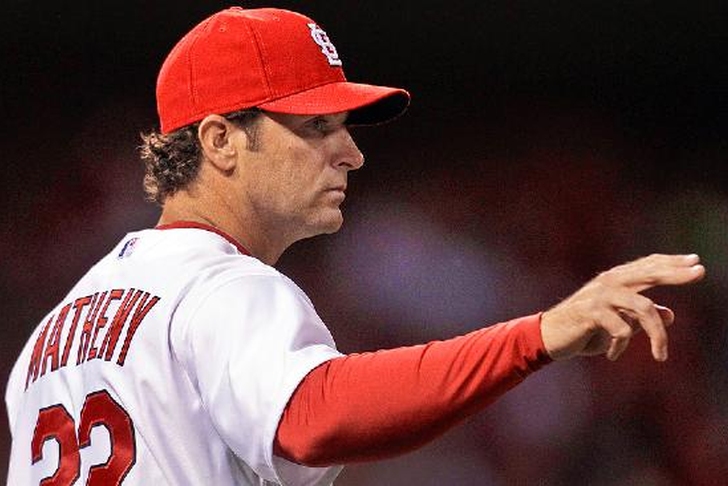 At first glance, the St. Louis Cardinals of 2014 should make it to the World Series for the third time in four years.

Analyze the team even further and most agree that it’s World Series Champions or bust this season for the Cardinals.

They addressed their key needs over the winter. They began to shape their team roster and chemistry in the spring. With Opening Day just around the corner, the St. Louis Cardinals of 2014 are, in every sense of the word, ready for summer.

But this is Major League Baseball. Very rarely will a team cruise to the Series – let alone October – without some trouble. It is a popular saying that any sports season is a marathon, not a sprint. This could not be any truer than with baseball, with 162 games over the course of half a year.

That being said, Matheny is doing all he can to prepare the Redbirds, especially the sizable portion of the club that is made up of relatively inexperienced youngsters. He realizes winning the NL Central crown is never an easy task, and there are some factors which could cause the Cards to stumble this season.

St. Louis should take it as a compliment that so many experts are taking them to win the NL Central. The division is the toughest in all of baseball, producing three playoff teams last year.

Naturally, the Cardinals will face some tough competition before it’s all said and done. The question is: From who?

The Pirates ended a historic drought last year, pressuring the Cardinals for the Central crown in the latter half of the season. But they didn't do very much to upgrade their club in the offseason. Consequently, a regression is expected in Pittsburgh.

The Brewers aren’t nearly the offensive force they were a few years ago, and their pitching needs a huge facelift. Milwaukee’s main mission this season is to fix Ryan Braun’s image.

It is Cincinnati who poses the biggest threat to St. Louis this season. While it is fairly evident that they haven’t yielded the results they are capable of, even with arguably one of the division’s – and the game’s – best hitters in walk-happy Joey Votto, 2014 will be a as good a time as any to make a playoff run.

The Reds will be playing with a chip on their shoulder in 2014. They have dealt with their fair share of pitching issues, including losing ace Bronson Arroyo to Arizona. Most expect them to struggle to a .500 record.

But everyone knows predictions in the spring are a crapshoot. Make no mistake, these Reds will be out to prove people wrong. Energized by a new, young manager in Bryan Price, Cincinnati possesses the tools to make a late-season surge.

[caption id="attachment_433" align="aligncenter" width="300" caption="Joey Votto and the Reds will be looking to make life difficult for St. Louis this season."]

The Cardinals won’t have to wait long to get their first taste of the Reds, traveling to Cincinnati for their first regular-season series.

Expect the rivalry to be heated, as always.

The weight of high expectations

To say there is hype surrounding this year’s Cardinals team is an understatement.

A 100-win season certainly isn’t out of the question for St. Louis. It never is, the way this franchise is run.

But is it asking too much of those who still have to perform a full season for the Cards?

Michael Wacha, Kolten Wong, and Matt Adams are just three Cardinals who are getting ready for their first full big league season. Each has a small sample size that is impressive enough. But the question must be asked whether the rigors of the marathon season will eventually prove to be too much.

Matheny has made it clear that they will be allowing Michael Wacha to let-er-rip with no concern for an inning restraint in his first full season. If he performs the way most expect him to (that is to say, very , very well) before the All-Star Break, who’s to say his arm won’t tire in the most critical juncture of the season?

Wong seems to have found his swing in spring, as he was one of the team’s most prolific hitters once he gained his confidence. But will that mentality hold up over six months?

[caption id="attachment_435" align="aligncenter" width="300" caption="If Kolten Wong performs as he is expected to in 2014, he will be a contender for NL Rookie of the Year."]

It will be up to the experienced, veteran core of St. Louis to ensure that the youngsters don’t succumb to any pressure, but simply play the game they know how to play.

Should the Cardinals enter a prolonged slump late in the season – as they have been accustomed to doing in recent seasons, – the same people proclaiming them World Series Champions today will turn into vultures. And that might be something the young players can’t recuperate from in time for October.

Don’t be mistaken. The organization has the depth to deal with problems in virtually any area of the game. Mozeliak has made sure of that; he knows the importance of an insurance policy. It will be interesting to see more homegrown Cardinals make the leap to the major leagues.

The sky is the limit for this Cardinals club. But they mustn’t allow it to fall on them when expectations in St. Louis are their highest in years.