Making Mountains Out of Bunker Hills 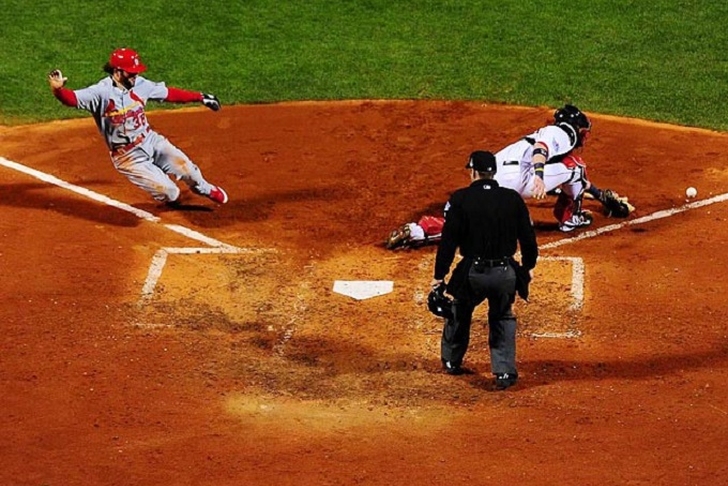 Boston is the home of Bunker Hill, where a Revolutionary War battle happened during the Crown's siege of the city. Despite having to abandon the hills due to a lack of ammunition, the colonial troops caused heavy casualties to the British attackers.

The St. Louis Cardinals were able last night to take advantage of defensive errors made by the Boston Red Sox, and just like how the colonials eventually benefited from the losses they were enable to cause to the British during the siege, St. Louis has been the benefactor of its opponents' errors throughout this postseason.

The Cardinals' first game of the postseason saw the Pittsburgh Pirates make three errors, leading to a 9-1 St. Louis route. Game 5 of that NLDS also featured a Pittsburgh error helping St. Louis along to a series win and the NLCS.

In that NLCS the Los Angeles Dodgers continued the pattern the Pirates had started. In Game Four the Dodgers committed an error helping St. Louis to a 3-2 win and a 3-2 lead in the series. Game Six saw more of the same as two Los Angeles errors paved the way for a 9-0 St. Louis victory, moving the Cardinals on to the World Series.

Errors have been one of the most surefire determinants for St. Louis this postseason. When the opponent has made more miscues than them, the Cardinals are 4-0. When St. Louis has been the poorer fielding team in a game, they are 0-2.

The Cardinals have taken advantage of the bad situations their opponents have put themselves in, but if not for the poor execution of the Pirates, Dodgers and Red Sox, those circumstances would have never come about. St. Louis' postseason run has been more about being opportunistic than fantastic.

From Game 1 of their LDS with the Pittsburgh Pirates through last night, the Cardinals have been the benefactors of defensive lapses by their opponents. If that trend continues, St. Louis may very well be hoisting another World Series trophy in a few days.