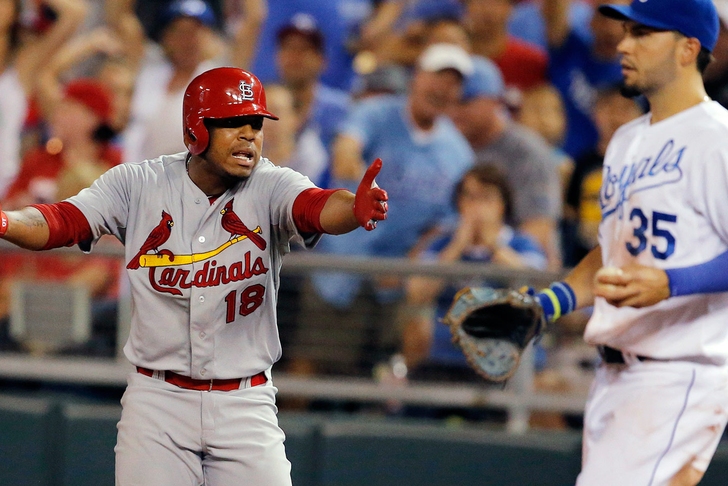 After swinging a deal on Wednesday for Cleveland Indians veteran starter Justin Masterson, the St. Louis Cardinals have set their starting rotation in theory for the remainder of the 2014 season.

Per Jenifer Langosch of MLB.com, while St. Louis is willing to listen on other potential trades, they aren't in a hurry to get anything else done at this time:

#STLCards remain open to making another #TradeDeadline deal, but in talking with GM John Mozeliak, one didn't sound likely.

While they remain malleable to potential upgrades in the next several hours, one name that won't be shipped in any hypothetical deal is super-prospect Oscar Taveras.

According to Bernie Miklasz of the St. Louis Post Dispatch, Cardinals general manager John Mozeliak indicates that the team was never close to trading Taveras. In fact, Mozeliak found all of the trade rumors swirling around the future franchise cornerstone to be amusing in their own right.