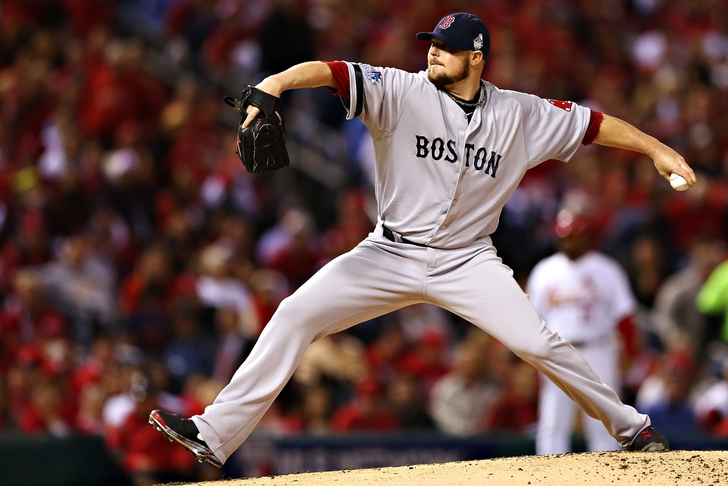 The St. Louis Cardinals, Pittsburgh Pirates, and Los Angeles Dodgers are the three teams currently in on trade talks for Boston Red Sox ace Jon Lester, according to Ken Rosenthal and Jon Morosi of FOX Sports.

Per Rosenthal, the Cardinals and the Pittsburgh Pirates are the two teams making the most noise in relation to landing the 30-year-old lefty:

After acquiring Justin Masterson from the Cleveland Indians earlier in the day, adding Lester would complete a seismic upheaval of the team's rotation going to the stretch run with two of the five slots filled by players acquired at the deadline.

For Pittsburgh, renting Lester at an approximate rate of $4.333 million would mark a philosophical about face for the usually frugal Buccos. However, with the NL Central and NL Wild Card races currently clogged with a glut of contenders, adding an impact arm such as Lester could push the Pirates over the top.

Los Angeles would appear to be the least likely destination of the three, given GM Ned Colletti's repeated insistence that the team is unwilling to give up two top prospects for a rental. Things can very well change as the deadline gets closer, however, so be sure to stay tuned.