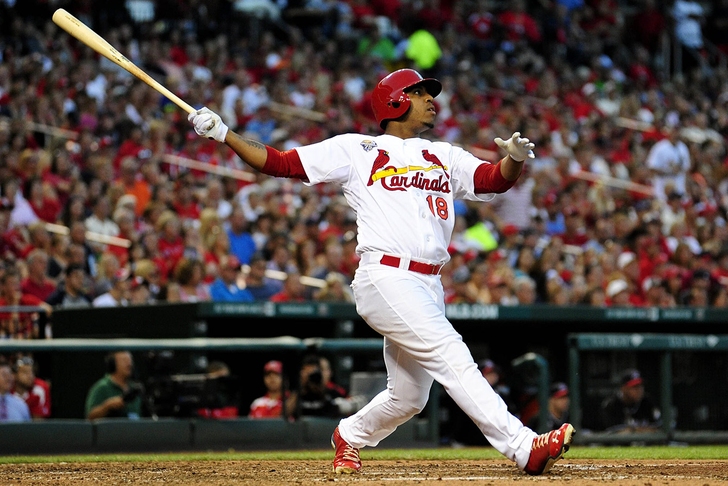 After news of the tragic accident spread, players and coaches from all over baseball took to Twitter to pay their respects to the dynamic young prospect:

Wow! My heart truly hurts to hear the passing of Oscar! I've played with him every year and we truly lost a great person! #RIPOscarTaveras

Life is so Precious! Thoughts and prayers go out to the family of Oscar Taveras..Kid was an absolute stud! #CardinalsNation

Wow! So sad to hear about the passing of Oscar Taveras! My thoughts and prayers are with his family and friends! — Josh Harrison (@jhay_da_man) October 27, 2014

#RIP Sadden by the lost of one of our baseball family members, Oscar Taveras! My prayers go out to his family & the @Cardinals organization

The news about Oscar Taveras and his girlfriend is heartbreaking. My thoughts and prayers are with their families. — Nick Swisher (@NickSwisher) October 27, 2014

Horribly saddened by the news on amazing Cardinals outfielder Oscar Taveras. Praying for strength for his family, friends, & teammates.

Deeply saddened by the news of Oscar Taveras. Great young talent and truly a tragic ending to a promising story. Praying for his family — Chris Davis (@CrushD19) October 27, 2014

Shocked to hear about @Cardinals OF Oscar Taveras and girlfriend...Praying for their family and friends.

"We are all stunned and deeply saddened by the tragic loss of one of the youngest members of the Cardinals family," Cardinals Chairman Bill DeWitt Jr. said in the statement, via USA Today. "Oscar was an amazing talent with a bright future who was taken from us well before his time."

"Our thoughts and prayers are with his family and friends tonight."