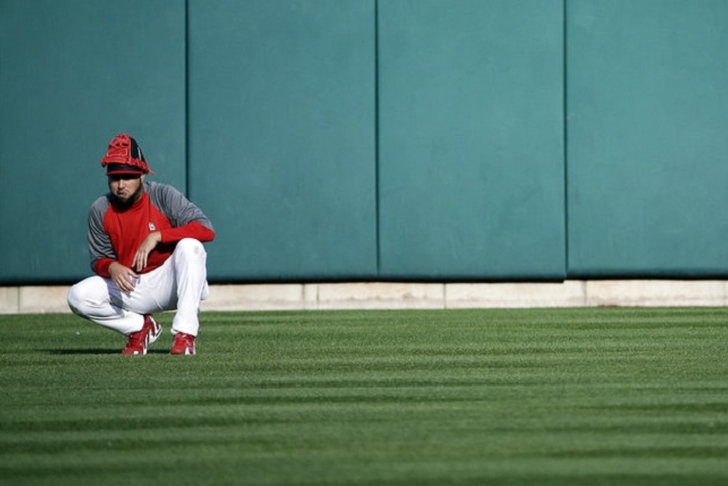 When the St. Louis Cardinals lost Game Four of the 2013 World Series, they lost more than the home-field advantage they won by splitting the first two games in Boston. They might have very well blown their chance to win their 12th championship this season.

This World Series has now become a best two out of three contest, and history is not on the side of the Cardinals. Out of the last 20 World Series that were tied at 2-2 after four games, the team that had game six (and game seven if it was necessary) at home went on to win that series in 13 of those instances.

The last time St. Louis was in this position, set to play a Game Five of a World Series at home with the series knotted up at two games a piece, was 1987. The Minnesota Twins dropped that fifth game in St. Louis but then beat the Cardinals in games six and seven to claim the championship.

The history aside, St. Louis is in peril for more presently relevant reasons as well. Game Five's pitching matchup is a re-match of Game One's starters. While the venue has changed, the fact remains that Jon Lester is riding a wave of positive momentum that was amplified by the Red Sox's win in Game Four.

Adam Wainwright, on the other hand, is on the first losing streak of his postseason career. Boston had no trouble putting the ball in play against Wainwright in Game One. Defensive lapses certainly didn't help Wainwright in slowing down the Red Sox offense, and the Cardinals will have to avoid that in order to avoid heading back to Boston down two games to three.

If the Red Sox can repeat their performance from Game One in Game Five, then that is all but the nail in the coffin. Of those 20 previously mentioned World Series, only once did a team that lost a Game Five at home win two road games in a row to claim the trophy.

Losing Game Four has put the Cardinals into a must-win situation in Game Five. They simply can't afford to head back to Boston needing to win two games in a row. Even if they are triumphant in Game Five, history still isn't on their side.