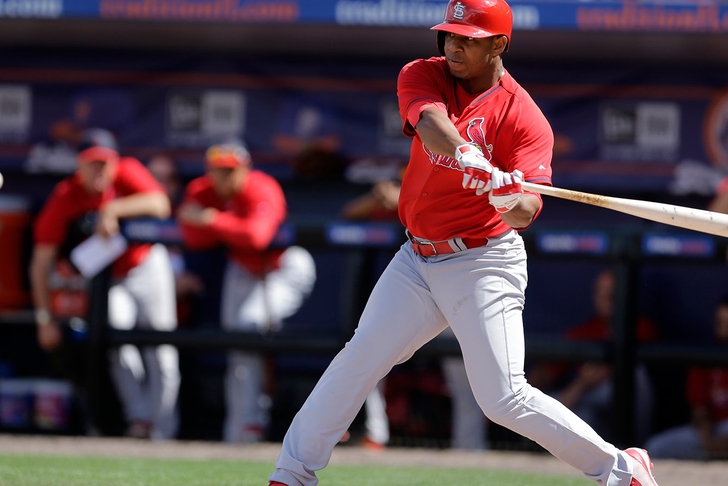 The St. Louis Cardinals have crested the halfway point of the 2014 season, and with a 44-39 record, the consensus thus far is that they have greatly underperformed. A blowout 6-0 loss to the Dodgers on Sunday, coupled with a Cincinnati Reds win in San Francisco, put the Redbirds in third place in the NL Central. In the NL Wild Card standings, the Cardinals are 2.5 games behind the Giants and Dodgers, with the Reds and Nationals right there in the thick of it as well.

Pitching has carried the Cardinals this year, and they still boast one of the top starting rotations in the National League. However, recent injuries to Michael Wacha and Jaime Garcia, along with yet another offensive slump, have resulted in the Cardinals losing 4 of their last 6.

If the Cardinals want to avoid missing the playoffs for the first time since 2010, these four players are going to have to perform admirably as the All-Star Break looms as well as beyond July.

This one is a no-brainer. Wainwright has remained the one truly consistent starting pitcher on a team which boasts a bounty of fantastic starting pitching. He has been dominant all season long, and is a front-runner for his first Cy Young.

He’s going to have to continue pitching like that to keep this team on its feet. Currently holding a 10-4 record with an astounding 2.01 ERA, Wainwright’s role is more important than ever for a team with lingering offensive inconsistency. The Cardinals seem to recall a pitcher from their farm system every week to make up for the suddenholes in the rotation, but there is only so much that Marco Gonzalez and recently-converted-reliever Carlos Martinez can do.

Wainwright has been the MVP of the Cardinals up to this point. The only way the Cardinals play in October is if he finishes the season that way.

The big first baseman Matt Adams has been on an absolute tear since returning from the DL, arguably the team’s best hitter in that span. He has certainly been their best slugger, with more homers and RBIs in that span than the much larger sample size from before he was injured.

For a team which continues to be devoid of power, Adam’s bat becomes more important than ever for the Redbirds offense. Along with Craig and the rest of the team struggling to drive in runs, Adams must continue to be a force in the lineup as the season continues.

Adams' .325 batting average is good for third in the National League. [/caption]

Rejoice, for the much touted, top prospect has returned to the Cardinals today!

Taveras hit .189 with two extra-base hits in his first MLB stink a few week back, which lasted only 11 games. It is a virtual certainty that the more at-bats Taveras gets, the more dangerous he’ll become.

With Craig and Holliday both experiencing a down year, Taveras’ much-hyped bat will be pressured to make an impact right off the bat. Taveras has already shown he’s not one to succumb to big league pressure.

Yasiel Puig’s callup in June of 2013 provided a huge spark for the Dodgers, as Gregory Polanco has done for the Pirates this year as well. Taveras doesn’t have to live up to those historical standards immediately, but if there is ever a time for a young bat who has been called the organization’s best hitting prospect since Albert Pujols to reenergize this lineup, it’s now.

Joe Kelly was inserted into the fifth slot in the Cardinals rotation in the Spring when Jaime went down. The way he was pitching before he went on the DL could quality him as arguably the best pitcher on the team not named Wainwright.

In previous seasons Kelly was always the pitcher who would put ends to losing streaks and come up big whenever the Cardinals needed him to. With the rotation currently in shambles, including Shelby Miller struggling over his last few starts, Kelly’s arm becomes something for St. Louis to look forward to.

Currently pitching in rehab starts for Memphis, Kelly is expected to return sometime in mid-July, and a hot second-half streak by him might be exactly what the Cards need in a decimated starting pitching staff.