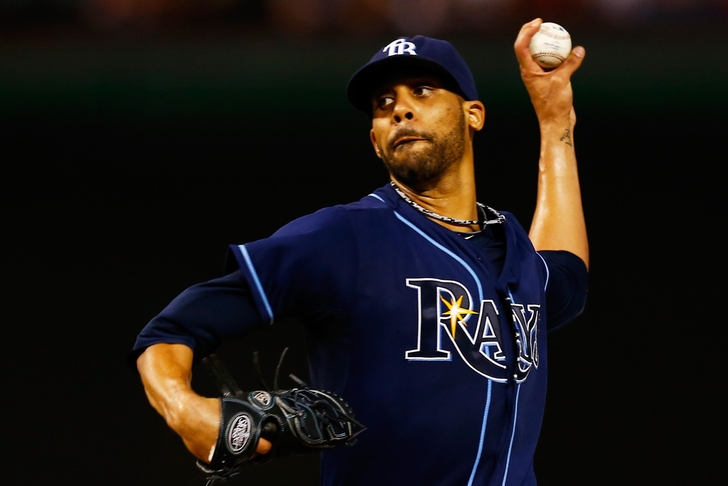 In advance of the Rays/Cardinals series this week, Price caught the tail end of the Cardinals' Sunday night game at Busch Stadium along with spending some time checking out the town early on Monday.

Price was impressed and perhaps humbled by the wonderful reception he received.

"The people here have been great,'' said Price, via Bob Nightengale of USA Today Sports. "They're awesome. I couldn't have been treated any nicer.''

The 2012 AL Cy Young Award winner was offered a free suite during Sunday's game (which he declined), and reportedly didn't have to pay a dime for everything from beers to lunch on Monday afternoon.

With the red carpet treatment being given to the coveted 28-year-old lefty, it's no surprise that Price seems smitten with the St. Louis community.

Per Nightengale, the Cardinals are just as smitten with Price and, in the words of one high-ranking AL club executive, the team "stands out" above the rest of the field if the Rays decide to make Price available before the July 31st non-waiver trade deadline.