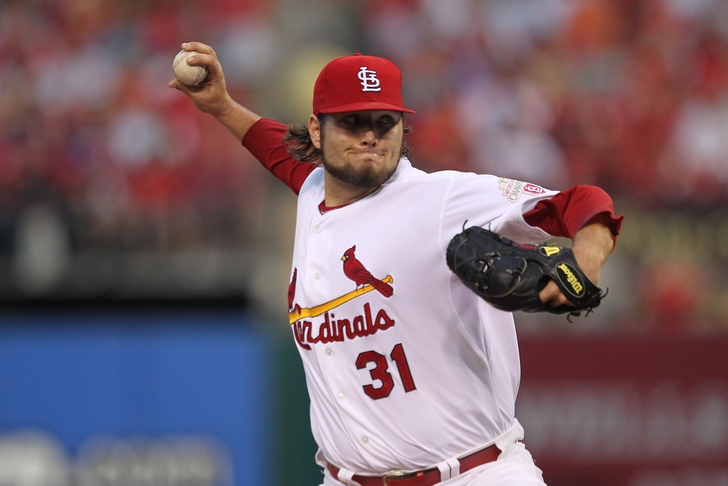 The St. Louis Cardinals have several players on their current roster in line for big raises, with none likely to bigger than that for starting pitcher Lance Lynn.

Cardinals general manager John Mozeliak indicated earlier this week that he's had preliminary discussion with Lynn's agent, but would only say that the topic of one of the team's most consistent starting pitchers was broached and nothing more.

As Derrick Goold of the St. Louis Dispatch points out, "both sides expressed a willingness to discuss a long-term extension at some point this winter. Lynn has moved to St. Louis and intends to live there year-round with his family, and the Cardinals see him as a pillar for the rotation."

Lynn is eligible for arbitration for the first time in his career this winter, and could come into a hearing with unusually strong statistics (15-10 with a career-low 2.74 ERA in 203 2/3 innings over 33 starts in 2014) which could bring about a major raise. Instead, the Cardinals may choose to lock Lynn up prior to arbitration, as they did with Allen Craig, Matt Carpenter, and Adam Wainwright.