Cardinals-Red Sox Storylines Match Up Just As Well As Teams 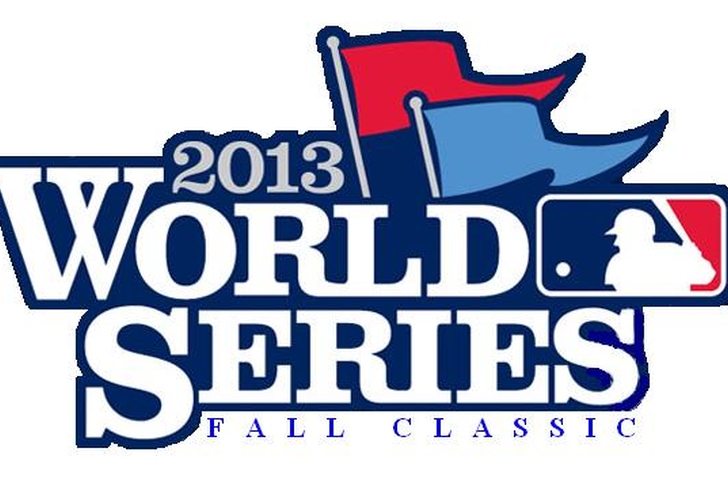 The World Series is almost here, and boy oh boy, is the stage set for a fantastic 2013 Fall Classic. The Boston Red Sox and the St. Louis Cardinals won their respective League Championship Series’ in similary dramatic fashion, both clubs emerging victorious in six games.

The Red Sox, virtually all of their starts struggling at the plate against a majestic Detroit Tigers pitching staff; so what happens? Well of course they come up with not one, but two late-inning grand slams in Games Two and Six to either tie the game or put Boston in the lead. Needless to say, the heroics of David Ortiz and Shane Victorino will go down in Boston postseason lore.

The Cardinals, with the memories of 2012’s NLCS collapse against the San Francisco Giants looming over their heads, up in the series 3-2 and about to face the best pitcher in the regular season?  Well of course they put on their most dominant and complete game of the postseason, scoring nine runs with none allowed to the desperate Dodgers by NLCS MVP and rookie phenom Michael Wacha. No other postseason player has been as dominant on a such a consistent basis this October. The kid is 22 years old and was pitching for Texas A&M less than two years ago, for Pete’s sake.

Are you not entertained?

Oh and if those storylines weren’t enough, this is the first year since 1999 in which the teams with the best record in their respective leagues meet to determine a champion. In addition, the matchup will decide the first organization to win three championships in this millennia, the Red Sox winning in 2004 and 2007, the Cardinals in 2006 and 2011.

This is no David and Goliath matchup. There are no underdogs. St. Louis made sure of that by eliminating Pittsburgh in the NLDS. No, this is a World Series of two very powerful Goliaths going head to head, with one primary similarity which encompasses all others – grinding out every at-bat and every pitch knowing they are the best team on the field.

Well, in this case, both teams are the best teams. This is going to be a World Series for the ages. All the magical moments of the 2013 season, from Yasiel Puig’s incredible debut to the Pittsburgh Pirates finally ending their winning season drought to Mariano Rivera’s final pitches, it was all a precursor for a World Series in which I can’t possibly begin to confidently predict the outcome. The only thing that could make a baseball fan more excited would be the Cards and Sox duking it out in their own backyards.

Before I go on, I should probably mention that this writer is a devoted Cardinals fan. However, I am very much on the same level a Major League Baseball fan, and I hope that if you are rooting for the Red Sox -residing in the great city of Boston or otherwise - you believe me when I say I will try my best to remain neutral. The Red Sox deserve just as much as my beloved Redbirds to win the 109th edition of the MLB’s championship series, due to their very similar style of play and sheer will.

To accurately describe both clubs’ improbably chances at succeeding  in the 2013 postseason one must begin by praising the men who led them there – John Farrell for the Red Sox, Mike Matheny for the Cards. Between the two, they have less than 5 full years of experience at the manager position. As a comparison, the Astros might have had as many quality wins this season. Possibly.

Farrell, who previously managed two years for the Toronto Blue Jays, in particular deserves recognition for taking a ball club which finished dead last in the AL East to being on the cusp of winning it all. In the span of a year, the Red Sox went from winning 69 games to winning an American League-best 97. The infamous chicken-and-beer-in-the-clubhouse legacy? The failed experiment of egotistical Bobby Valentine? The pressure of having to restore a custom of winning to an organization with only a couple holdovers from their last championship season?

Farrell would have none of it.

He annihilated any tension there was between the Red Sox players and the organization following last year’s abysmal season. I will be extremely distraught if Farrell does not finish in the top of the ballots for AL Manager of the Year. As for Mike Matheny, in his second season managing St. Louis, he too had a similarly daunting task – replacing the St. Louis legend Tony LaRussa who led the Cardinals to three equally impressive championships, winning two. An individual with no managerial experience and a World Series loss as a player to his name, surely he would have a tough time adapting.

Matheny would have none of it.

[caption id="attachment_191" align="alignnone" width="300" caption="Matheny is the youngest current manager in Major League Baseball, and has made a seamless transition following the retirement of Tony LaRussa. "]

These are the new kids on the block. In a week which sees Dusty Baker and Jim Leyland departing their clubs, these two managers – excelling in keeping cool, collected, and reserved – only emphasize the fact that the Cardinals and Red Sox have more in common beyond the statistical numeric.

For the Red Sox, a journey complete

Boston’s October has been dominant at times, frustrating at others. A team which set a record for the most strikeouts in an LCS series it turns out was only saving its big hits for the most crucial of times. Prior to Ortiz’s game-tying grand slam in Game 2, their chances of winning were as low as 3.8%. Ortiz’s homer and, later in the evening, Jarrod Saltalamacchia’s walkoff single would prove that the Red Sox don’t care much for percentages or succumbing to the pressure of being backed up against the wall. After all,

they played 162 games with absolutely no memories of chicken and beer in the clubhouse, of heartbreaking defeats and their worst season this century. They not only restored faith

in themselves, but were a huge part in the rebuilding of Boston’s spirit in the aftermath of the Boston Marathon bombing. Through every passionate expletive Ortiz has blared to the fans about the team’s willingness to defend their city, the Red Sox were a team reborn. With power hitters, a downright scary closer, and home-field advantage, Boston only has one step and four wins to go in rebuilding one of the greatest remarkable major league baseball turnarounds in recent memory.

[caption id="attachment_188" align="aligncenter" width="635" caption="David Ortiz will a force to be reckoned with for St. Louis."]

St. Louis thought they had seen it all in their last two postseason.

In 2011, David Freese broke the hearts of Rangers fans and guaranteed his own special place in those of the St. Louis faithful. Last year, however, the Cardinals had their own hearts broken, as they saw the eventual champion Giants storm back from a 3-1 NLCS deficit, outscoring the Cards 20-1 in the process. This year, they weren’t even supposed to make the playoffs, let alone win the NL Central. They lost multiple starting pitchers, including Cy Young winner Chris Carpenter, their lights-out closer, and starting shortstop. Season over. That is, until the Cardinals’ Draft Class of 2009 took the National League by storm.

The Cardinals’ 2013 October, as opposed to those two previous, is thus far all about pitching, and powerful pitching at that. Behind an Adam Wainright who has returned to dominant, curveball-happy form, the Cardinals, as a result of their reputable farm system, boast a legion of young arms. And man, are those arms dealing. The majority of relief innings have been pitched by three relievers with an average age of just over 23 – Seth Maness, Carlos Martinez, and Trevor Rosenthal. The trio has dominated the Pirates and Dodgers thus far, in similar fashion to that of Boston’s relievers. But at so young an age, with either minimal to zero postseason experience to each one’s name? Give credit where credit is due, and credit is due to the minor leagues for the way these young hurlers have taken the baseball world by storm. There are these relievers, and then there is 22-year-

old starter Michael Wacha, who is showing just as much maturity on the mound as co-ace Wainright, perhaps even more. He has a 0.47 era through his first three postseason starts. To say Wacha doesn’t succumb to pressure does not do him justice – he thrives in it, just as this Cardinals club thrives in it.

Carlos Beltran is something else. He signed with St. Louis because he knew they were his best shot at a World Series now, and he is getting what he bargained for. His NLCS Game 1 performance alone would have been enough to give him the MVP award; he drove in all three runs of a 13th inning affair in addition to throwing out the Dodgers’ potential game winning run at home with a throw one could mistake for a speeding bullet. From the outfield. Fountain of Youth and determination indeed.

As I said, both clubs are deserving of winning the 2013 World Series. Both have countered dominant pitching, offensive struggles, and powerful opposition with timely hits, productive bullpens, and the will to win. The Red Sox did it through smart spending, big-name players, and an objective to bring Boston fans the ultimate “Thank You” gift for staying loyal in the toughest of times. The Cardinals made it with homegrown talent, offensive experience, and an individual who will do anything to win his first World Series ring in 16 years of domination in the big leagues.

So what will be the difference-maker?

Ultimately, the Cardinals’ unwillingness to lose and their edge in recent experience on the big stage will be Boston’s real foe. They will not accept defeat. Beltran, the Mr. October of our time, will not allow it. Wacha, the postseason superstar, will now allow it. Yadier Molina, the lone holdover from the Cardinals 2006 championship team, the first of two in a span of 5 years, will not allow it. Their bullpen is much more an effective force than was the Tigers’. They faced a Dodgers team with the biggest payroll in baseball and a raucous LA fanbase and prevailed. Their regular season RBI leader, Allen Craig, will finally be available for the first time this postseason. And, for the third time this millennia, the Cardinals will prove to be the best team in major league baseball, as Matheny enjoys his first of what is sure to be many Fall Classic victories.

But like I said, predicting this final series of the 2013 baseball season is like guessing which teams will win their division crown. Boston and St. Louis have shown this season that you will likely be wrong.