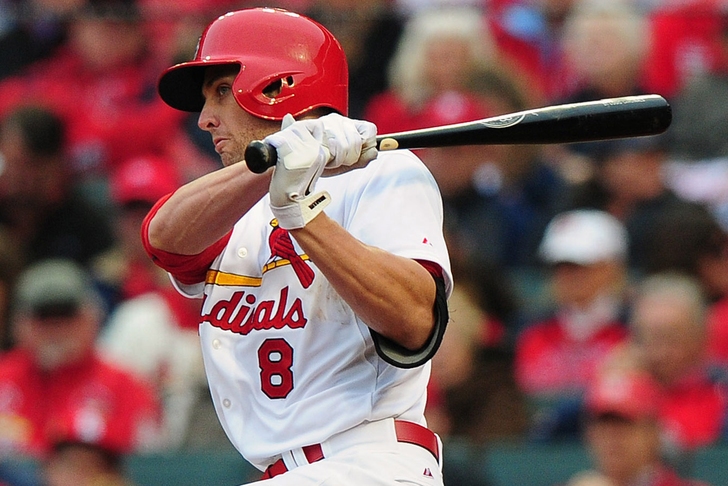 While the St. Louis Cardinals don't appear to be actively shopping center fielder Peter Bourjos during this Hot Stove League, there is one team that could be extremely interested if they decide to dangle his services on the market.

According to Darren Wolfson of 1500ESPN.com, the Minnesota Twins could have interest in Bourjos if a trade were to be proposed:

I'd second @SethTweets and say that Peter Bourjos is a trade name to watch when it comes to the #MNTwins.

In truth, there's not exactly a lot of heft to this as a rumor. Bourjos is listed as a "trade name to watch," indicating that there is likely no knowledge of any actual trade discussions taking place.

According to Ben Humphrey of SBNation, "the Cardinals will undoubtedly listen to inquiries about the availability of Bourjos, just as John Lester's team listened when St. Louis reportedly reached out regarding the free-agent southpaw. It's due diligence to listen and gain information regarding the market for a player."

However, as to whether or not the Twins and Cardinals could come together on the deal, that's all in the realm of pure speculation right now.