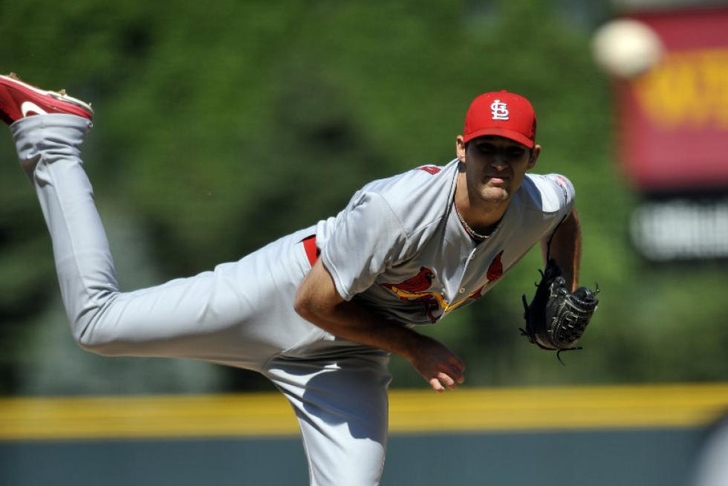 The St. Louis Cardinals needed help to survive and they got it just in time. The Pittsburgh Pirates' offense pulled another one of its disappearing acts and the Cardinals got just enough runs to win off Pirates starter Charlie Morton, 2-1.

The Pirates' loss sends the series to a fifth and decisive game in St. Louis tomorrow, but Cardinal fans shouldn't be buying their NLCS tickets just yet. The same offense that disappeared yesterday could just as easily re-appear tomorrow.

Heading back to St. Louis isn't actually as big of an advantage as it might seem. Busch Stadium has been a place where more often than not, the offense has shown up for Pittsburgh. In nine games at Busch Stadium this regular season the Pirates scored 38 runs, not to mention the eight runs they scored in the first two games of this series. Pittsburgh is good for four runs a game at the Cardinals' digs.

The other reason why some over-zealous St. Louis fans are the usual overly optimistic is because the Cardinals will have starter Adam Wainwright back on the mound. Once again, that's not as much of an edge as those fans would like to believe. The Pirates this year had five players who hit at least .333 off Wainwright and the last time he tried to close out a NLDS it was ugly. Last season in NLDS Game Five Wainwright was pulled out of the game after 2 1/3 to stop the bleeding of allowing six runs on seven hits that included three long balls.

What a lot of St. Louis fans are strategically ignoring as well is the fact that just last Friday, Gerrit Cole of the Pirates coincided a good day offensively for the Pirates with shutting down the Cardinals offense at home. Cole will pitch tomorrow for Pittsburgh in the same stadium he limited the Cardinals to one run on two hits and drove in a run himself in.

The last fact that should concern St. Louis Cardinals fans is the history of going down 2-1. Since the best-of-five LDS was instituted in 1995, National League teams have alternated the first three games of the series seven times. In only one of those instances was the team that lost game three able to win both games four and five to complete a series comeback. For a further twist of history, the first of those six teams to force a game five and then lose was the 2001 St. Louis Cardinals.