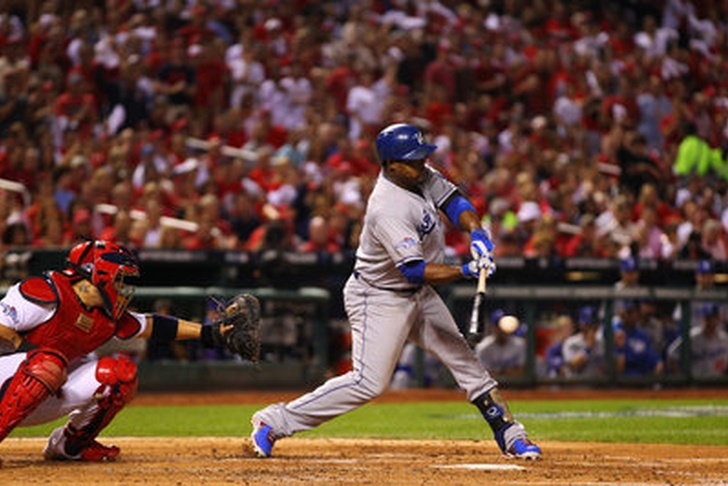 Once again, the St. Louis Cardinals were able to be the benefactors of some horrible decisions in the batter's box and players trying to do too much at the plate. The Dodgers' lack of plate discipline and poor execution gave the Cardinals a 3-2 win in 13 innings and a 1-0 lead in the 2013 NLCS.

The first instance in which the Dodgers failed to execute was the top of the first inning. After St. Louis starter Joe Kelly gave up a single to Mark Ellis, hit Hanley Ramirez and then threw a wild pitch to allow Ellis and Ramirez to both move up 90 feet, Los Angeles was set up with two runners in scoring position with one out. Adrian Gonzalez and Yasiel Puig then both chased what would have been the fourth balls in their at-bats to end the inning.

The second time was in the top of the tenth inning. A one-out triple by Ellis was further amplified by intentionally walking Ramirez. Michael Young came into pinch-hit for Dee Gordon, who had been inserted to run for Gonzalez earlier, and proceeded to serve up a double play ball to waste the scoring chance.

The top of the 12th was almost a repeat of the top of the tenth. A single by Carl Crawford and sacrifice bunt by Ellis put Crawford in scoring position with one out. The Cardinals again gave Ramirez the intentional free pass, bringing Young back up to the plate. Young gave St. Louis exactly what it wanted, another double play ball.

The Cardinals can't count on the Dodgers going 1-for-10 with runners in scoring position and stranding 24 baserunners in every game of this series. Hitting .163 as a team, like St. Louis did last night, isn't going to win you many series either. The truth is that Los Angeles played defense and pitched well enough to win this game, they just couldn't execute at the plate in crucial times and gave this game away. That's not going to happen again.