Boston Obstructed Itself in Game Three 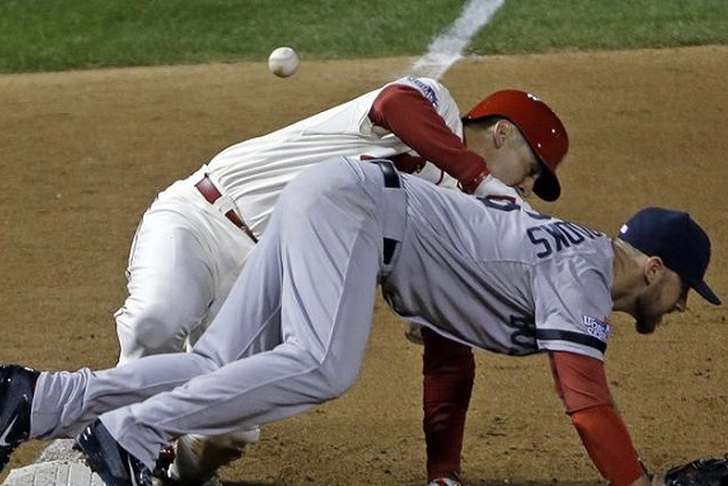 The St. Louis Cardinals walked off last night on an obstruction call and took a 2-1 lead in this World Series. The social media feed immediately erupted with chatter from Boston Red Sox fans and sympathizers displaying their displeasure at the call.

Boston didn't lose Game 3 on the obstruction call. The Red Sox lost the game with poor execution on the mound and again, in the field.

Boston starter Jake Peavy's shortened outing went from an inconvenience for the Red Sox to a problem when the Boston bullpen allowed two more runs to give the Cardinals the four runs that would lead to St. Louis being able to walk-off.

The reality of the situation is that the Red Sox for the second consecutive game obstructed themselves. There is a silver lining in that fact, however.

Boston weathered the storm of a revved-up Busch Stadium crowd, the early exit by Peavy and St. Louis taking an early lead and if not for the error was in position to force extra innings.

Furthermore, if the Red Sox can execute better today they can knot this series up at two games a piece. That would turn this World Series into a best-of-three contest with two of those games scheduled to be played in Boston.

All is not lost, Boston faithful and those whom are rooting against St. Louis. A win tonight gives Boston the home-field advantage back. If the Red Sox can get out of their own way, they will have a great chance to win this series.

Most importantly, the temptation to pin this loss on the umps must be resisted. It was Boston's poor execution that created the situation. If Boston fans stoop to the level of making excuses, then they are no better than the St. Louis players who have become notorious for being whiners.