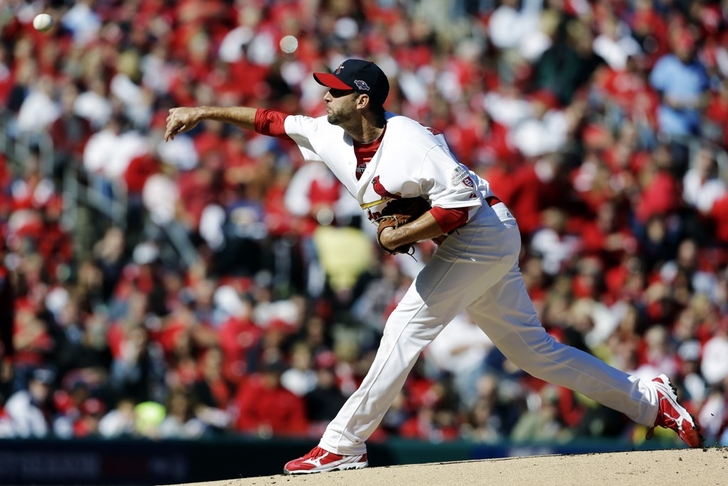 The latest chapter in the I-70 series begins on Monday as the St. Louis Cardinals take on the Kansas City Royals for a four game set – two at each team’s home stadium. The Cardinals won the 2013 series, winning three out of four games and outscoring the Royals 17-11 in the process. St. Louis owns the all-time series 48-35, but the Royals beat the Cardinals four games to three in the 1985 World Series, the only time the two teams have met in the Fall Classic.

The Redbirds look to get back on track after stumbling against the Yankees and Giants. The big news this weekend is the recent callup of top prospect Oscar Taveras, who went 1-for-3 with a solo home run in his debut on Saturday against San Francisco. Look for him to continue making an impact in the lineup as the Cardinals look to gain ground on the Brewers in the standings.

Kansas City will try to get some serious momentum going for the first time all season. The Royals are coming off a series win against the streaking Blue Jays, but already find themselves in a big hole within the AL Central. Alex Gordon, riding a nine-game hitting streak, and Billy Butler, with multi-hit performances in his last three games, will look to help keep the inconsistent Royals offense in line with the Cardinals’ deep lineup.