4 Reasons The St. Louis Cardinals Will Win The World Series 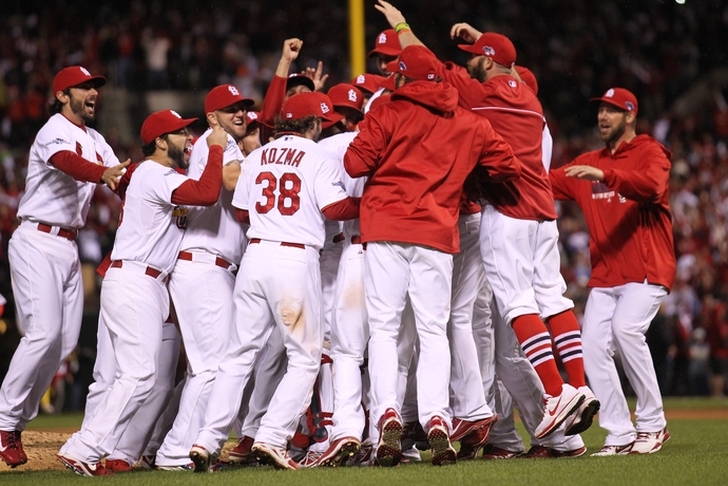 The St. Louis Cardinals hold the best record in baseball and are looking to add their first World Series title since 2011. The Cardinals have the talent, especially on the pitching staff, to do just that. Here are four reasons why the Cardinals will win the World Series this season.

The Cardinals know how to handle the pressure that comes with baseball in October. After all, this team is full of players who have been to the NLCS for four straight seasons. That experience will come in handy throughout the postseason.

The Cardinals don't have the best lineup in the world, but they don't need to. Their pitching staff is great, but we'll get to that. Matt Holliday is back and healthy and that's a huge boost to the Cardinals. Players like Jason Heyward and Matt Carpenter are more than good enough to guide the Cardinals' bats to a World Series title.

The Cardinals don't have a superstar in the rotation, but there might not be a deeper one in baseball. John Lackey, Lance Lynn, Michael Wacha and Jaime Garcia all have ERAs under 3.15 and WHIPs under 1.37. That's absurd. The Cardinals don't even need all four; they can roll with three if needed in the postseason. That frees up one for the bullpen, which brings up the next point.

Adam Wainwright ... In The Bullpen

One of the best pitchers in baseball is back and the Cardinals are going to put him in the bullpen. Putting Wainwright in an already good pen is a scary thought for opposing teams. This could turn out like the San Francisco Giants using Madison Bumgarner in relief last season, only the Cardinals can turn to Wainwright more often. The last time Wainwright pitched in relief in the postseason, he threw 9 2/3 scoreless innings and recorded four saves. The Cardinals might not make him their closer, but getting Wainwright back for the stretch run is a big reason why the Cardinals will be World Series Champions this season.