3 Reasons Why The St. Louis Cardinals Can Win The World Series 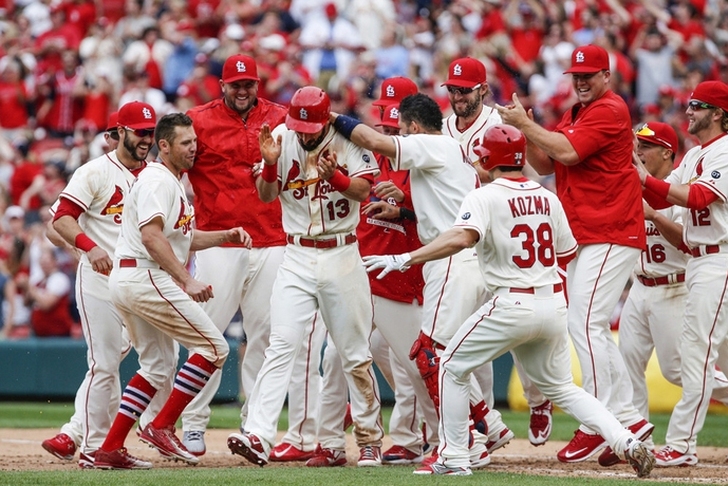 There's no team in Major League Baseball that has the proven depth from 1-to-25 that the St. Louis Cardinals possess. The addition of Jason Heyward to the starting lineup just brings another dynamic piece to a puzzle finely crafted by the team's front office. There's also the criminally underrated starting rotation that could easily go six deep with youngsters Carlos Martinez and Marco Gonzales on the back end, along with one of the team's more well-constructed benches of the past five years or so.

The Cardinals are first in the majors in ERA and in quality starts - and ace Adam Wainwright has only had four starts this season. St. Louis has a history of playing their best ball when it matters most, which is a scary proposition for the rest of the majors.

Molina may not be the most important piece of the team's championship puzzle, but he's the one piece who's completely irreplaceable. If Molina continues to be healthy (and all signs are pointing that way), his unique mix of hitting prowess, pitch-framing, and top-tier leadership qualities will serve to make each and every piece that interacts with him that much better at their jobs.