Who will be the Blues next captain? 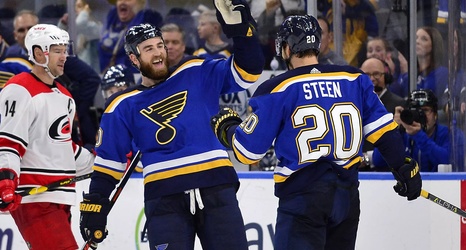 I feel like I would be remiss if I didn’t write a post about speculation regarding the Blues’ next captain. The thought was in my head at least a month ago: “if Alex Pietrangelo goes, who’s next?”

It’s Ryan O’Reilly. I don’t even know if it’s a contest.

Both Alexander Steen and Vladimir Tarasenko are starting the year on the LTIR, and Steen is entering the last year of his contract. Tarasenko is a leader, but to be honest, I’ve never gotten a feeling of “this guy speaks and the room stops to listen” out of him - which is all speculation, because I obviously am not privy to what happens in the locker room and neither are (most?