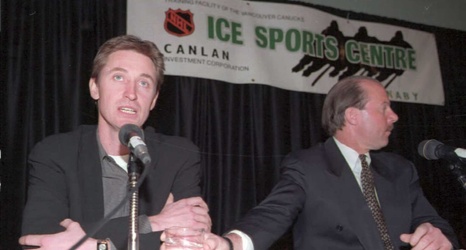 When the St. Louis Blues acquired Wayne Gretzky on February 26, 1996, fans of the Note began dreaming of what might be. The greatest scorer that ever lived was going to suit up in a Blues sweater and it was hard not to be giddy.

The Blues were going to have Gretzky pairing with Brett Hull. Not only were these two of the most prolific scorers of their age, if not any age, but they were good friends too. The Blues did not have to worry about the chemistry part since that was taken care of beforehand.

Unfortunately, for those of us that lived through it, the pairing of Hull and Gretzky was even shorter than the potential all-time duo of Hull and Adam Oates.