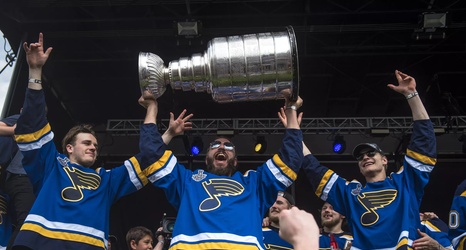 The Missouri state legislature has been busy, first giving the Enterprise Center $70 million over 20 years for improvements. Presumably that will help get national and international events and concerts and such to downtown St. Louis, which means revenue and tax dollars and a boost to the local economy (hopefully).

A couple of days ago, Missouri governor Mike Parson added to the Blues’ recognition with an official proclamation.

So this adds the Blues to the list of official state designations, like official state flower (the hawthorn), bird (bluebird), and amphibian (American bullfrog). The whole list of state symbols is over at Wikipedia and it’s.