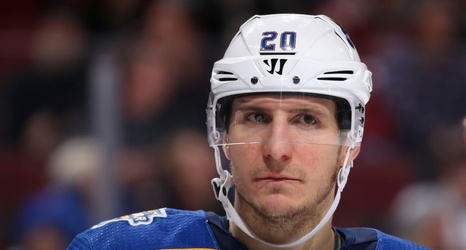 GLENDALE, ARIZONA - DECEMBER 31: Alexander Steen #20 of the St. Louis Blues during the third period of the NHL game against the Arizona Coyotes at Gila River Arena on December 31, 2019 in Glendale, Arizona. The Coyotes defeated the Blues 3-1. (Photo by Christian Petersen/Getty Images)

The St. Louis Blues are dealing with major injuries to Vladimir Tarasenko and Alex Steen. For Steen, the consequences of missing major time could prove determinantal to his career.

Alexander Steen has had a fluctuating role with the St. Louis Blues since Mike Yeo was fired, and Craig Berube took over the bench two years ago.