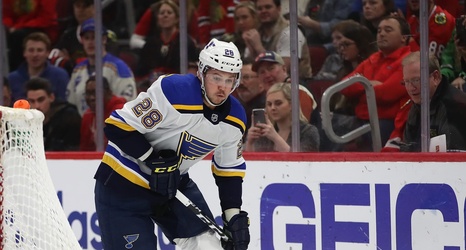 If there is any possible good thing to come out of this pandemic for the St. Louis Blues, they know where they stand from a roster point of view for the next couple seasons. The Blues really only have two or three more fish to fry after announcing another player signing.

The Blues reached terms with Mackenzie MacEachern. He received a two-year contract extension with a modest cap hit of $900,000 per season.

MacEachern was scheduled to become a restricted free agent whenever the offseason came about. The Blues decided to jump on this opportunity to keep him around instead of just going the standard route of a one-year offer sheet.