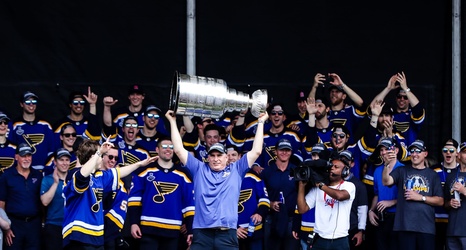 Craig Berube was instrumental in leading the St. Louis Blues to their first-ever Stanley Cup title. Removing the interim tag was just a formality at this point after what Berube had accomplished.

The Blues announced Berube would be receiving a three-year extension, but in all reality, this contract could have been for life, and I think Blues fans would be perfectly okay with that.

Berube took over for head coach Mike Yeo after a 7-9-3 start to the season, and at that time, Blues fans got exactly what they wanted. Yeo had a terrific start to his Blues tenure after taking over for Ken Hitchcock mid-season.