St. Louis Blues Pros And Cons From Game 48 Vs. Philadelphia 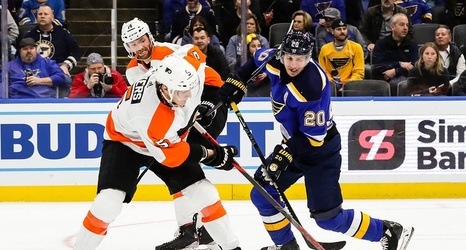 The St. Louis Blues came into this contest, seemingly, with everything to play for. They could further cement their dominance in the division with two more points against idle teams, extend a four-game win streak and set a new record for consecutive wins at home.

Instead, as tends to happen, the team was a bit sloppy and occasionally careless. Those opportunities were all the Philadelphia Flyers would need to capitalize and eventually win the game.

The game started well enough for the Blues. While it would take until the final third of the first period, the Blues would get on the board first.