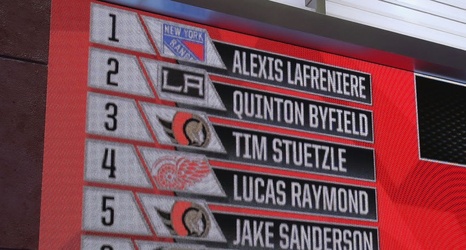 SECAUCUS, NEW JERSEY - OCTOBER 06: A closeup view of the draft board during the 2020 National Hockey League (NHL) Draft at the NHL Network Studio on October 06, 2020 in Secaucus, New Jersey. (Photo by Mike Stobe/Getty Images)

The St. Louis Blues have their own cap troubles to worry about. Getting out of those troubles may prove harder than even the pessimists believed.

The St. Louis Blues did not sign their Stanley Cup captain, but picked up a very good defenseman in the process. We all like to say they “saved” $2.3 million per season in the process.