St. Louis Blues look to save first-round series at home vs. Avalanche 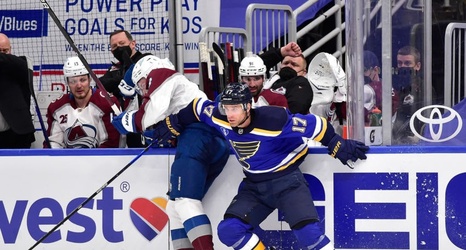 The St. Louis Blues take on the Colorado Avalanche at home on Friday, the first game of the series to be played in St. Louis. After dropping Wednesday’s matchup by a score of 6-3, the Blues find themselves trailing in the series, 2-0. Going up against the top regular-season club in the NHL, Friday’s game may be St. Louis’ final chance to turn things around. If they can’t pull out a win, they would need to win four-straight games against Nathan MacKinnon and the Avalanche, which would be an extremely difficult feat to accomplish.