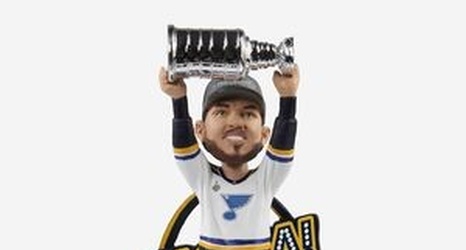 The St. Louis Blues head into camp with young talent all over the roster. Jordan Kyrou, Sammy Blais, Zach Sanford, Mackenzie MacEachern, Robert Thomas, and Robby Fabbri are all young, talented players who will be competing for ice time the entire year.

Much like the other names on the list, Kyrou was up and down between the AHL and NHL this past season. He put up a mere three points in 16 games in the big leagues with a +/- of -1. The only thing these numbers tell us is that he did not find his NHL stride in the 2018-19 season.