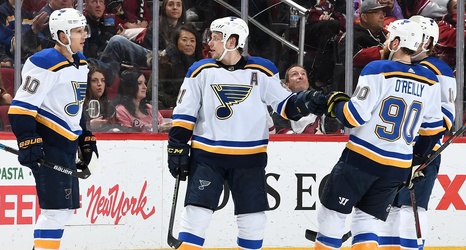 The Blues 2021-2022 season officially kicks off on Saturday, October 16th against the Colorado Avalanche. Fans may remember the inauspicious way that the Avalanche dismissed the Blues in four games during last season’s playoffs, so to say that this game has a storyline is an understatement.

The Blues’ season is about more than last year’s playoffs, though, and it’s more than just one game against the Avalanche. The team has underlying issues that have been leaving fans scratching their heads all off-season. General manager Doug Armstrong took steps to shore up the offense this off-season, but in other areas, it looks like the status quo is being expected to improve.