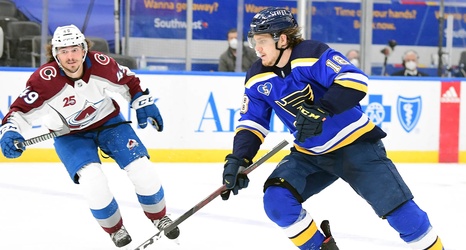 Blues general manager Doug Armstrong has been busy this summer. He dealt Sammy Blais for Pavel Buchnevich, signed UFA Brandon Saad to a reasonable contract, and has shored up nearly every one of the Blues’ restricted free agents. On top of that, he’s also been working to find a trade partner to move Vladimir Tarasenko - which at this point is easier said than done.

Thomas is the final RFA to be signed by the Blues. He’s not arbitration eligible, so the heft in talks that he and his agent have isn’t great.