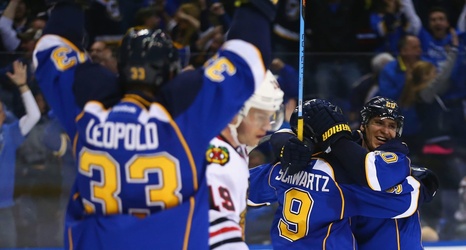 On April 17, 2014, the St. Louis Blues began their first playoff game against the Chicago Blackhawks in 12 years. Depending on where you lived, the game did not end that same day.

The Blues and Blackhawks played a three-overtime thriller in St. Louis on that day. It would prove to be the longest game in franchise history.

While the Blues are known as a stout defensive team, even then, they were open and loose in the first period of this game. Maybe it was the nerves or the atmosphere.

Maybe it’s just the Blues. Even during the magical run of 2019, the Blues often let the opponent score first and even saw a total of four goals go in during their first ever Stanley Cup game win (two for, two against).